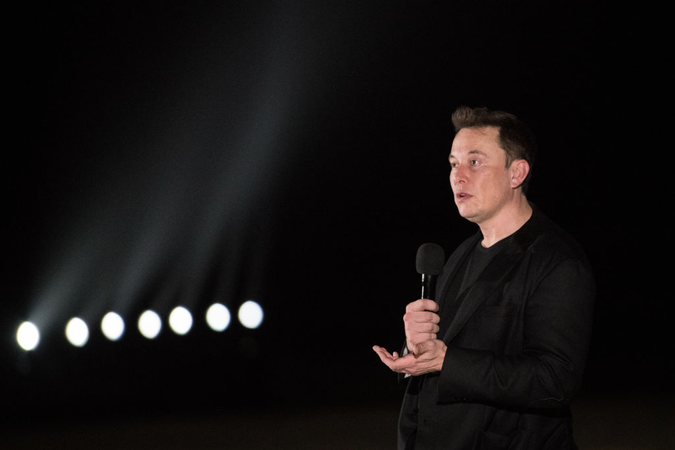 FREMONT, Calif. - Tesla's Elon Musk is in a showdown with California officials over the reopening of a major factory, one of the most prominent examples of a powerful business defying health orders that require all but essential activities to cease.

Musk continued to ramp up production at the company's Fremont facilities Tuesday, where the company produces its electric vehicles. Workers' cars filled up the company's parking lot, with no signs of any enforcement actions by Alameda County officials, who sent a letter Monday telling the company to cease production.

Musk tweeted back, "Thank you!"

That follows a private call with the president and other CEOs last month, on which Musk was agitating to reopen and praising Trump. He said he wanted to return to work by May 1 and, if possible, sooner.

"I do not think it represents a significant risk," he said, according to two individuals familiar with the discussion, who declined to be named because of the private nature of the interaction. Trump said that he agreed with Musk 100%, the people added.

Meanwhile, Musk on Monday dared local health officials to arrest him. "Tesla is restarting production today against Alameda County rules," Musk wrote on Twitter. "I will be on the line with everyone else. If anyone is arrested, I ask that it only be me."

"If the reports we have received are true, Tesla is engaging in work beyond Minimum Basic Operations, and is in violation of the Health Officer Order," she wrote. "These activities must cease until the Health Officer approves Tesla's site-specific plan as required by the State of California guidance and checklist for manufacturing, and issues an order permitting manufacturing generally."

It was the latest escalation following the company's decision to start calling workers back to the factory last week. Tesla on Saturday filed suit against Alameda County, where its Fremont factory is located, seeking an injunction against orders to stay closed. The suit alleged violations of the due process and equal protection clauses of the 14th Amendment.

Neetu Balram, a spokeswoman for Alameda County, said in a statement that the county hoped to work with Tesla to avoid any further escalation of the issue.

Fremont Police would need to enforce the county's order. Fremont Police spokeswoman Geneva Bosques said there was no update on Tuesday. The city's mayor issued a statement in support of Tesla on Saturday.

In an interview, Alameda County Supervisor Scott Haggerty added that while dialogue continues with Musk, "I can't stop him from breaking the health order." He credited the county's tough stance in part with the low prevalence of the illness in the county, roughly 2,000 cases and 71 deaths.

On the possibility of arrests, Haggerty said, "I would sincerely hope not." He added, "I don't think that's a good view for anybody - especially somebody that's employing 10,000 of your constituents. I think cooler heads need to prevail on this."

Tesla did not respond to a request for comment. The company employs about 10,000 workers in Fremont.

Two workers at Tesla's Fremont facilities, who spoke on the condition of anonymity because they feared for their jobs, said they were concerned about the sudden escalation of production. One worker who reported to the factory over the weekend said people gathered in groups and there was little enforcement of social distancing practices.

Returning workers are shown an informational video about the need to abide by strict social distancing and given masks. Meanwhile, the factory began once again to churn out Model 3 and Model Y vehicles.

"Everybody's walking around without their mask on, talking, hanging out talking among themselves," the worker said. "It's scary."

On Tuesday, workers reporting to the Fremont factory wearing thin surgical masks offered mixed reactions, declining to provide their names because they weren't authorized to speak publicly. One said that work was starting up slowly due to restrictions. Another said Musk was walking around, providing encouragement, while some employees opted to stay home. A food truck pulled onto the property in the morning.

Musk's aggressive push to reopen has gained the tacit support of conservatives aligned with the president and drawn the ire of liberals, including a California state assemblywoman who punctuated her displeasure with an expletive over the weekend.

As coronavirus shutdowns have dragged on, some states have moved more quickly to reopen, and protests have broken out to demand an end to the shutdown orders. In Silicon Valley, which has had some of the most restrictive orders in place for the longest time, a handful of tech elites have echoed and promoted Musk's concerns.

The company said in a blog post Saturday that it planned to reopen and laid out an argument for how it could safely do so. Earlier that day, Musk tweeted that he was considering relocating Tesla's Palo Alto headquarters, located in another California county, to Texas or Nevada, and lambasted Alameda County's response.

Musk repeatedly has played down the seriousness of the coronavirus, at one point calling the panic "dumb." On the company's earnings call late last month, he called the quarantine measures "fascist" and used profanities to describe what he saw as "forcibly imprisoning" people in their homes against their constitutional rights.

Musk's erratic behavior continued this month when he tweeted that Tesla's stock price was "too high," sending shares plummeting during the middle of trading on May 1. Since then, he has consistently complained about the stay-at-home orders, saying Tesla has been unfairly singled out among large automakers and railing against California officials.

He took aim at the county's interim public health officer, Erica Pan, who he derided over the weekend as "an unelected county official" and alleged she "illegally" overrode the state orders - despite county officials' ability to supersede them.

Alameda County's Haggerty said: "She's not incompetent. That I don't like. Elon Musk is a very smart man, very focused. I just wish that he wouldn't disparage some of my staff."

Musk also tried to keep the factory open at the beginning of the crisis in mid-March, as the Bay Area became the first major region to order residents to stay home. The county at the time told Tesla it did not count as an essential business.

Haggerty said the county's dialogue with Tesla continues. Musk had pushed for Tesla to be able to staff a stamping plant to produce fenders and doors and other car body parts, ahead of a May 18 reopening date being negotiated by the county.

"That would ensure there was enough parts when everybody came back to work on the 18th," he said, but the health department's indicators did not yet say it was safe to do so.

Currently, conditions have affected morale at the plant, the employee who works there said.