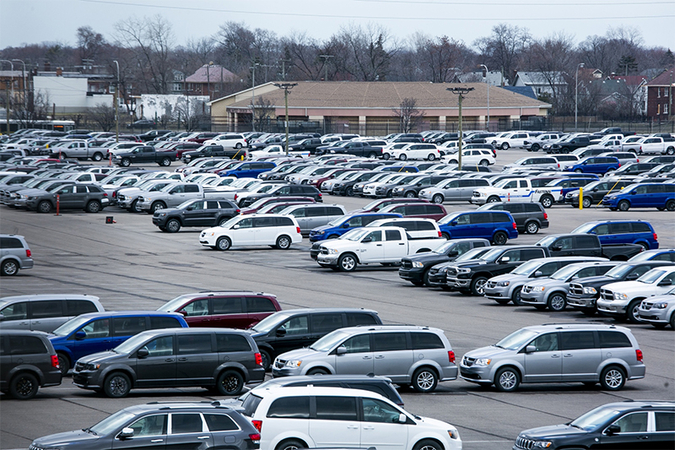 Fiat Chrysler Automobiles plans to repay part of a multi-billion euro credit facility via a new bond sale of up to 1 billion euros ($1.1 billion), in a move that will signal the debt market's level of confidence in the Italian-American carmaker.

Fiat Chrysler will likely issue a bond worth between 750 million euros to 1 billion euros by the end of month, people familiar with the matter said, to repay the first tranche of a loan obtained in March. Ultimately, the company aims to repay the whole 3.5 billion euros via bond issuance. The sale will be its first in Europe for four years.

The company's euro-denominated bonds due in March 2024 fell slightly to 101.1 cents on the euro, according to CBBT data at 11.20am in London.

The firm hasn't yet decided whether to issue in U.S. dollars or euros. The unsecured debt won't be backed by a collateral, the people said, asking not to named because the discussions are private.

Auto manufacturers and their parts suppliers have shuttered factories across the world in recent months amid government lockdowns in China, Europe and the U.S., halting sales and wreaking havoc on supply chains.

A successful bond sale would signal a welcome vote of confidence in the carmaker despite the uncertainty caused by the pandemic.

A potential 1 billion-euro offering by the split-rated issuer would be one of the largest in Europe since the region's high-yield primary market reopened after the Covid-19 crisis. The carmaker carries the highest junk grade by S&P Global and Moody's, and was upgraded to investment grade by Fitch in 2018.