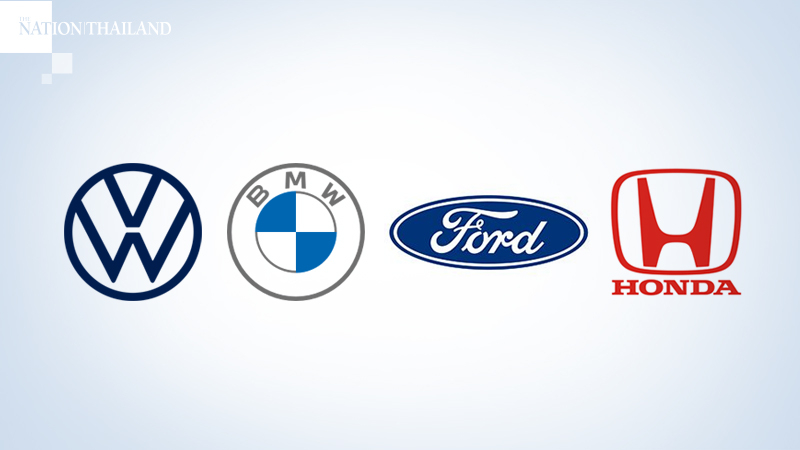 The U.S. Justice Department denied politics played a role in its decision last year to open an antitrust investigation of four automakers that reached an agreement with California on fuel-efficiency standards.

The department said it had a legitimate legal basis to believe that the companies -- Volkswagen, BMW, Honda and Ford -- violated antitrust laws, according to a June 19 letter to Sen. Sheldon Whitehouse, D-R.I.

"We share the view that political interference from outside the Department must never govern law enforcement efforts," according to the letter obtained by Bloomberg News. "This inquiry was, based on the information known to it at the time, entirely reasonable."

The letter is the first detailed explanation about why the Trump administration opened the investigation. The inquiry, which was closed six months later, was widely criticized as motivated by the administration's clash with the automakers over national standards on tailpipe emissions. House Speaker Nancy Pelosi called it a "sham investigation" and accused the Justice Department of trying to "weaponize law enforcement for partisan political purposes."

Congress could revisit the controversy Wednesday when the House Judiciary Committee holds a hearing on what the panel called the "unprecedented politicization" of the Justice Department under Trump. A lawyer with the Justice Department's antitrust division, John Elias, is scheduled to testify at the hearing along with Aaron Zelinsky, who was a prosecutor in the Justice Department's case against Trump associate Roger Stone. He withdrew from the case after Attorney General William Barr ordered prosecutors to reduce their sentencing recommendation.

It's not clear what Elias will testify about. He worked as chief of staff to the head of the antitrust division, Makan Delrahim, before taking a job in the division's unit that prosecutes price-fixing and bid-rigging cases.

The investigation of the automakers wasn't the first time Delrahim was accused of politically-motivated antitrust enforcement. Shortly after taking over the division, he sued to block AT&T Inc.'s takeover of Time Warner Inc. The lawsuit came after Trump's repeated criticism of Time Warner network CNN. The Justice Department lost at trial and the deal closed.

Whitehouse said he's not satisfied by the Justice Department's explanation. At an oversight hearing in September, he grilled Delrahim about the investigation and said it appeared the department was retaliating against companies that defied the Trump's effort to ease vehicle emissions standards.

"The letter is light on details and provides no documentary support for its claims," Whitehouse said in a statement. "I still have unanswered questions, and I hope the House Judiciary Committee hearing on Wednesday will help us get to the bottom of this."

The Justice Department explained in the letter that it began the investigation because it was concerned that the companies had reached an agreement with one another on emissions, a potential antitrust violation. The announcement of the deal was signed by four companies and explicitly stated that "we all agree" to the framework.

After determining that the automakers had in fact reached bilateral agreements with California, the investigation was closed, according to the letter. To determine whether an antitrust violation occurred, enforcers have to investigate fact-specific questions regardless of politics, the department said.

Law enforcement "requires that the department review possible anticompetitive conduct even if it would be politically unpopular to do so," the letter states. "Indeed, declining to investigate potentially anticompetitive collusive conduct purely out of support for certain policy goals would reflect inappropriate political consideration."