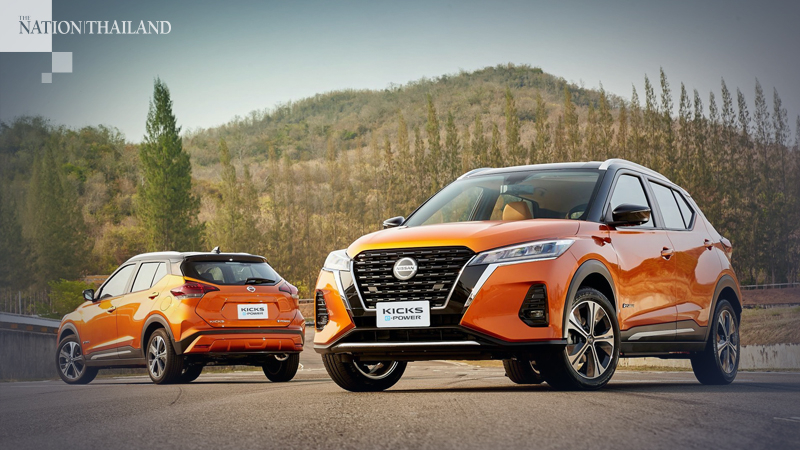 From the beginning of this month, launches of a series of new car models have been announced by automakers in Japan, who had been refraining from doing so due to the coronavirus outbreak. Amid a sharp decrease in automobile sales around the world, companies have continued to adjust production while planning to promptly recover by featuring cars with newly equipped technology.

Nissan Motor Co. held a presentation of its new brand of small sports utility vehicle (SUV) "Kicks" on Wednesday. The hybrid vehicle uses e-Power, the company's unique technology, to strengthen acceleration performance. This was the first time in about 10 years that Nissan has domestically introduced a new brand of ordinary car.

This new brand is the first step to recover for Nissan, which has delayed launching new models within Japan, resulting in its sluggish domestic sales.

"Japan is an important market," Asako Hoshino, an executive vice president of the company, said at an online briefing. "Beginning with the Kicks line, we will deliver more of our attractive cars."

The domestic sales of new cars in May dropped by 45% from the figure in the same month last year. Because the economic prospects are uncertain, many people concerned are adopting a cautious approach with an official of Japan Automobile Dealers Association saying, "It is difficult to recover all at once," after June.

In response to the recovery of demand for new cars, on the other hand, Toyota will reduce the scale of production adjustment to a roughly 10% drop in July and a roughly 40% reduction in June, differing from their initial plans. Mazda's production in June almost halved from the same month last year. But the company is expected to recover up to 75% in July.

Whether a series of new car launches will trigger a turnaround in sales is under great scrutiny.