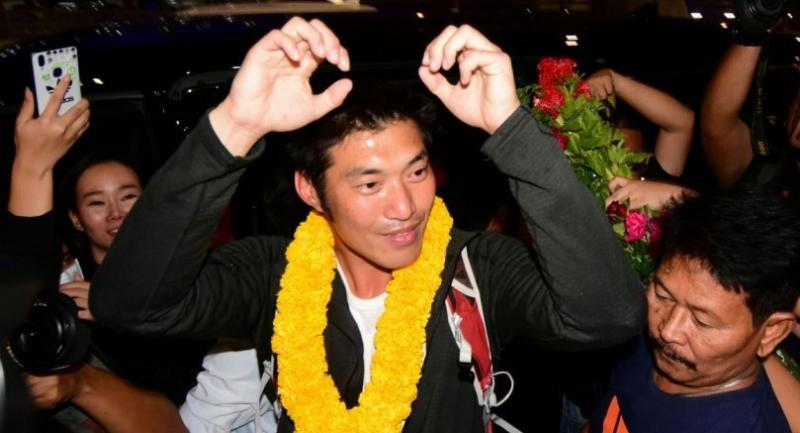 THE ELECTION Commission (EC) should forward the case involving the potential electoral disqualification of Future Forward Party leader Thanathorn Juangroongruangkit for the Constitutional Court’s consideration, if it wishes to avoid possible lawsuits and political chaos, suggests a politics lecturer.

The EC last week resolved to press a charge against Thanathorn, accusing him of violating electoral laws by owning or holding 675,000 shares in V-Luck Media Company while registering as a party-list candidate for the general election.

Both the Constitution and the MPs Election Act prohibit MP candidates from holding shares in media companies. If found guilty, Thanathorn would be disqualified as an MP and face a possible jail term of one to 10 years as well as a ban from running in elections for 20 years.

Thanathorn is scheduled to give testimony to defend himself before the EC today.

The legal question over whether the EC is authorised to investigate Thanathorn, who is the No 1 party-list candidate for Future Forward, has been debated for more than a week.

One camp, including the Future Forward legal team, insists that the EC has no authority to now probe qualifications of party-list MPs, as that period had already passed or had to be completed before the March 24 election day.

Moreover, Article 53 of the election law stating the EC’s authority to scrutinise MP qualifications is only applicable to constituency MPs, and not to party-list MPs, the legal team is claiming.

Others weighing in have cited Article 132 of the election law. It states that in the event that the agency has convincing evidence that any candidate had caused the election to be held without “honesty and fairness” the body is authorised to suspend that candidate’s right to contest elections for one year, or issue an “orange” card to the candidate. That decision must be made before the EC endorses the poll results.

Proponents of this legal argument say that a candidate who was well aware that he or she is disqualified from running in the election, but had still registered, is deemed to have violated Article 132.

But the other side argues that Article 132 applies to election fraud and not to an MP’s qualifications.

In either case, a wrong move by the EC could cause events to snowball, experts warn.

To avoid any legal lawsuits or having their decision backfire, the EC should first endorse Thanathorn as an MP, said Stithorn Thananithichot, a political scientist from King Prajadhipok’s Institute.

If the EC then found Thanathorn guilty, it would forward the case to the Constitutional Court as stated in the Constitution, Stithorn said. He agreed with the legal defence team that the period to probe a party-list candidate’s qualification was over.

The process recommended by Stithorn was formerly known as an “impeachment for political office holders”.

Yuthaporn Issarachai, a political scientist from Sukhothai Thammathirat Open University, said the EC may decide that by holding the shares while running as a candidate, Thanathorn was deemed to have caused the election to be held without “fairness” under Article 132.

If Thanathorn failed to convince the EC otherwise, he could be orange-carded and face criminal charges if he was found to have applied to become an MP knowing that he was not qualified, Yuthaporn said, adding that his party could also be dissolved.

If the body issued a card, the law requires that the case then be sent to the Supreme Court’s Electoral Cases Division, where both the EC and Thanathorn would have to defend themselves.

Stithorn warned that there is a risk for the EC in giving Thanathorn a card, as it could face legal countersuits if it failed to provide sufficient evidence to the court.

Moreover, it could backfire on the EC, as carding Thanathorn would likely be counter to public sentiment and result in the EC losing rather than gaining, he added.

One consequence of ousting Thanathorn, whose party is tipped to win around 80 MP seats from last month’s election, is that the pro-junta bloc of parties may find it easier form the next government, Stithorn said.

But the 40-year-old party leader would be able to make moves to try to convince Thais that the pro-democracy bloc of which Future Forward is a key player had been bullied and received unfair treatment.

“It could also help strengthen Future Forward,” the academic said.

Aside from the matter of the legal quagmire that the EC finds itself in, there is also the matter of establishing the fact of whether Thanathorn had transferred the media-company shares to his mother before registering as a candidate. His explanations so far appear questionable, said Yuthaporn.

Some of the evidence cited and clarifications made by Thanathorn and his legal team remain confusing and may not be factually accurate, say political observers.

Thanathorn has previously claimed that he had transferred all of his media-firm shares to his mother on January 8, one month before registration for the election.

But facts appear to show that the Department of Business Development was notified of the change in shareholders on March 21, three days before the election.

The onus is on Thanathorn to provide the evidence needed to defend himself to the EC or the court, observers say.