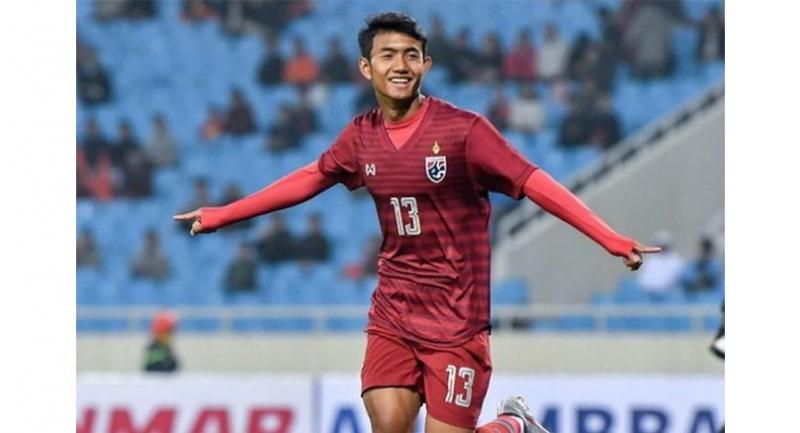 Thailand coach Sirisak Yodyadthai hailed Suphanat Muenta as a future force of Thai football after including the 16-year-old sensation in the final cut of the King’s Cup squad yesterday.

The Buriram United striker is one of five forwards Sirisak selected for the friendly football tournament taking place at the Chang Arena in Buri Ram from Wednesday to Saturday (June 5 to June 8).

The five are spearheaded by captain Teerasil Dangda and also include Adisak Kraisorn, Surachat Sareepim and rising star Supachai Jaided, whose Buriram teammate Suphanat is the youngest in the national squad.

“I’ve been following his form in the Thailand League and AFC Champions League and I’ve see rapid improvement in him,” Sirisak said of the teenage star. “Once he is sent into a match, he lifts the offensive game of his team to a higher level. He is talented beyond his age and will be the future of the national team,” added the national coach.

Born in Si Sa Ket, the teenager will make his debut in the senior team after making 22 appearances for the U16 and U19 Thailand teams in 2017-18. Earlier this year he scored a goal in the AFC U23 Championship against Indonesia in his debut tournament with the team.

“That’s why he deserves to be in the team. If he is physically tough enough, he can be in the first-team line-up. I’ve been watching him and I know how can he be of use,” Sirisak said.

Despite lacking key player Chanathip Songkrasin (muscle injury) and uncertainty hovering over skipper Teerasil (back injury), Sirisak believes he has the best team and is confident his side will produce good results in the King’s Cup.

“I’m not worried that much as we never rely on one particular player. For Teerasil, his condition is improving, according to the doctor. He should be fit by Wednesday,” said the Thai coach.

If recovers in time, Teerasil will win his 100th cap in the game against Vietnam, which kicks off at 7.45pm on June 3. Curacao and India kick off the opening match of the tournament at 3.30m.