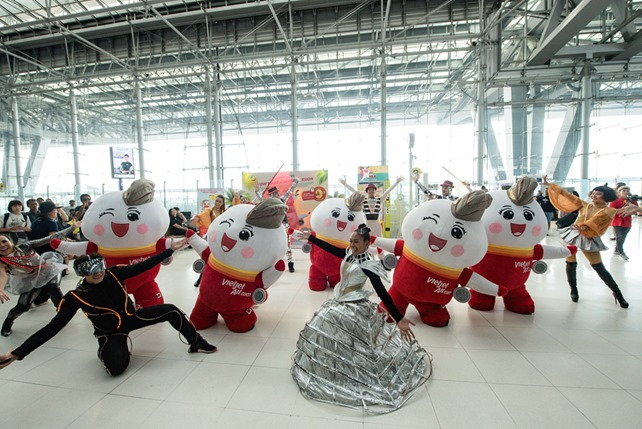 Vietjet gave thousands of people in Suvarnabhumi Airport’s fourth-floor departures hall some surprises over the weekend with out-of-nowhere bursts of group dancing by “flash mob” of hired performers dressed as its mascot Amy and in other costumes.

It was part of the Vietnam-based airline’s “Summer Parade – Fly for Love – Show Your Summer Version” promotion, in which people are encouraged to explore new destinations and learn about different cultures.

Vietjet is known for its lively entertainment and surprises onboard, particularly in the festive season.

The airline often brightens up flights with cheerful activities to make the flying experience more memorable.