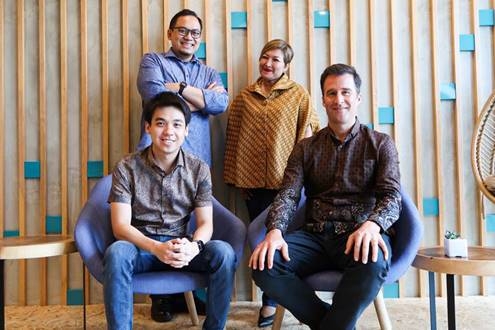 Vero, the award-winning PR and digital agency in Southeast Asia, has announced the opening of its office in Indonesia. This brings Vero’s total count of offices to four and raises the agency’s head count to nearly 100 professionals in Southeast Asia.

In addition to Indonesia, Vero has offices in Thailand, Myanmar and Vietnam.

The Asean region is among the best performing economic zones in the world and Indonesia, with a population of 261 million people, is among the star performers. It is estimated that the development of Indonesia will result in the country becoming the world’s fifth largest economy in the world by 2030.

“We are really excited to bring our style of campaigns to this market,” said Pawares Wongpethkao, chief Digital and Growth Officer at Vero. “Over the last several years, we’ve had the pleasure of working on campaigns in Indonesia with partners, and we now feel the time is right to open our own office and build our own team.

Vero opened its first office in 2007, in Thailand. In 2012, Vero established a company in Myanmar and earlier this year opened a wholly owned company in Vietnam.

“Indonesia is a great new addition to the Vero family of companies,” added Brian Griffin, managing director. “Our new team in Jakarta really fits well with the modern agency we have created in the region. This new office has equipped us to better serve existing and new clients, many of whom are prioritising Southeast Asia as a growth centre.”

“The most challenging, yet fun thing about doing the communication campaigns across the Asean region is understanding each country’s culture and localising ideas to suit the way people think. Without insights from teams in each country, it is a huge challenge to bring out the best out of a campaign,” Pawares added. “This is really our strength - having the right people, in the right markets with a mind-set to truly localize as much as possible.”