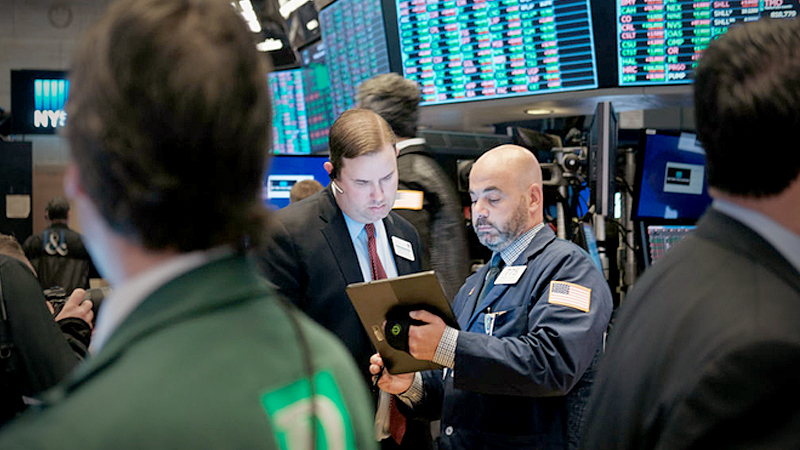 Stocks rallied around the globe and Treasuries fell as better-than-expected data bolstered confidence in the world's largest economy.

The S&P 500 index extended its advance into a third day after reports showed payrolls jumped 266,000 -- the most since January -- as wages beat estimates while consumer sentiment increased. Energy and financial shares led gains in the equity gauge, which was set for its biggest rally in more than seven weeks. The dollar rose, and Treasury 10-year yields climbed above 1.8%. Oil surged.

Investors pushed up the value of risk assets on the assumption that the American economy isn't close to signaling a recession -- a fear that's been lurking amid a trade war. While negotiators are near phase one of a broader accord and "progress has been made," they haven't yet put anything in writing, said White House economic adviser Larry Kudlow. Strong economic reports may reduce the urgency for a deal, given that escalating levies have failed to significantly dent growth. They also validate Federal Reserve Chairman Jerome Powell's view that rates can stay on hold after three cuts.

"For the equity market, it provides some encouragement that the U.S. is certainly not heading for a hard landing," said James McCann, senior global economist at Aberdeen Standard Investments. "As we head into next year, the prospect for earnings still remains pretty healthy based on a still well-supported consumer backdrop."

Stocks have zigzagged this week on conflicting signs of progress in trade negotiations between the world's two largest economies. China said Friday it's in the process of waiving retaliatory tariffs on imports of U.S. pork and soy by domestic companies -- a procedural step that may also signal a broader trade agreement is drawing closer. President Donald Trump has threatened to impose tariffs on Chinese imports if an accord isn't reached by Dec. 15, which Kudlow said could still happen.

Big Lots Inc. soared on its bullish view for next year.

Ciena Corp. tumbled after UBS recommended selling the stock ahead of next week's earnings.

The yield on 10-year Treasuries rose three basis points to 1.84%.