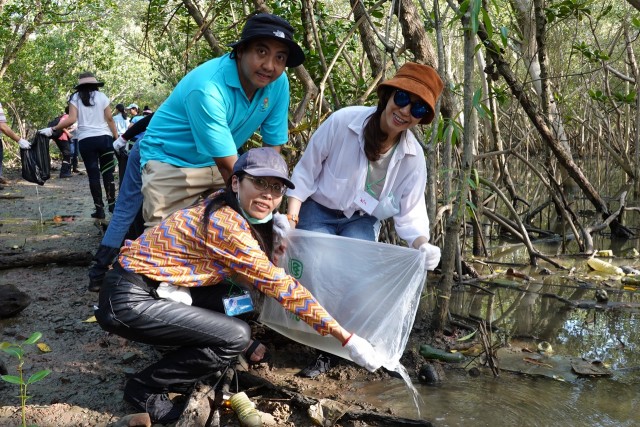 “CPF released 500,000 meder’s mangrove crabs at Mangrove Forest Study Centre 2,” he said. “This activity aims to promote the company’s ‘SeacoSystem’ project, which enables our employees to participate in the restoration of marine resources.” 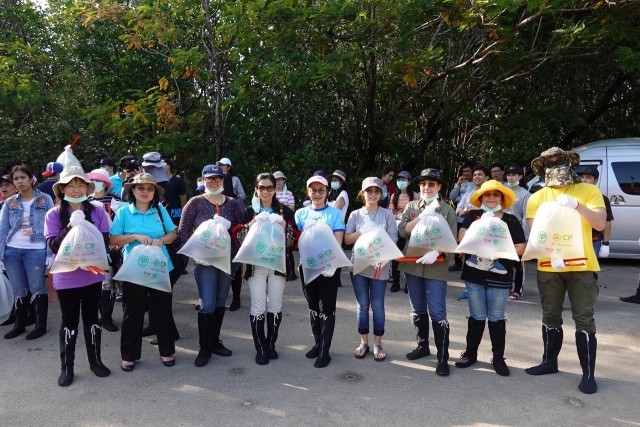 He explained that these crabs will help maintain abundance of the ecosystem by shoveling soil and making fertiliser for the mangrove forest.

“These crab species were brought from the Ban Pak Map community network in Bang Kaew Subdistrict, Samut Songkhram Province, which has been releasing them back to nature over the past year,” he said.

“This activity will also help promote this mangrove forest to be a learning centre for marine species conservation, as well as creating careers, generating income for the community, and encouraging local people s transfer knowledge and experience to other communities.”

He added that the employees also collected up to 140 kilos of garbage in the mangrove forest.