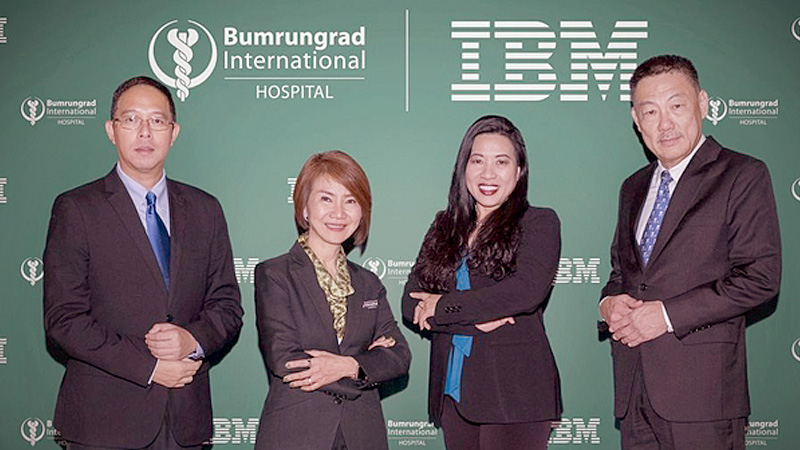 Bumrungrad International Hospital recently announced a multi-million dollar engagement with IBM to protect patient data through the launch of its Security Operations Centre.

Bumrungrad is investing Bt111 million to establish a cybersecurity operations centre in collaboration with IBM, to protect the data of 1.1 million patients.

With technology and expertise augmented from IBM to help detect and respond to cybersecurity incidents, it is an important step in their cybersecurity journey as one of the largest private hospitals in Southeast Asia with 580 beds and over 30 specialty centres.

Alerts based on threat intelligence gathered from various feeds including IBM X-Force and analysed using QRadar Advisor with Watson will enable security teams to manage and respond quickly to incidents, and reduce the impact to operations.

In addition, IBM X-Force Incident Response and Intelligence Services (IRIS) will proactively manage the security threats with IBM’s world-class expertise, skills and people, to provide a more comprehensive view of an attack so Bumrungrad can make the most informed decisions to defend it.

According to global cost of data breach study by IBM and Ponemon Institute, for the eighth year in a row, healthcare has topped the list as the most expensive industry for data breaches.

The early detection and effective incident response (IR), as well as investments in technologies that speed response time, are key to reducing impact from cybersecurity incidents and the subsequent cost from the loss of sensitive patient data and lost business.

“As a leading private hospital in Asean, Bumrungrad has been highly aware of our role in patient data protection and the need of having data protection strategies in place,” said Kenny Lim, chief information technology officer, Bumrungrad International Hospital.

“With the world-class security standards and expertise of IBM, the Security Operations Centre will allow us to effectively detect and defend against cybersecurity threats, to ensure that our patients' data is well protected and safe.

“Cybercriminals are constantly evolving their tactics to succeed whether for financial gain or disruption or cause reputation damage. In such situations, it is critical that organisations have a security operations centre approach in place,” said Patama Chantaruck, vice president for Indochina expansion and managing director of IBM Thailand.