A campaign was launched on Thursday (January 16) in Bangkok to tidy up telecommunication lines as part of a move to improve the urban landscape.

Phongsak Lamoonkit, the deputy governor of Metropolitan Electricity Authority (MEA), along with MEA executives and partners from National Broadcasting and Telecommunications Commission (NBTC), Royal Thai Police and related agencies began the campaign in Phetchaburi Soi 20 in the capital.

“The campaign follows the government policy to enhance public safety and improve the urban landscape by removing unused telecommunication lines and tidying up the rest,” he said.

MEA assistant governor Prasong Khumpradit, who joined the event, revealed that the MEA had surveyed 318 routes in Bangkok, Nonthaburi and Samut Prakarn provinces covering a total distance of 2,200 kilometres. He said they planned to remove all unused telecommunication lines on MEA’s utility poles along these routes within June this year. “The first phase of 211.8km should be finished by the end of this month,” Prasong said. 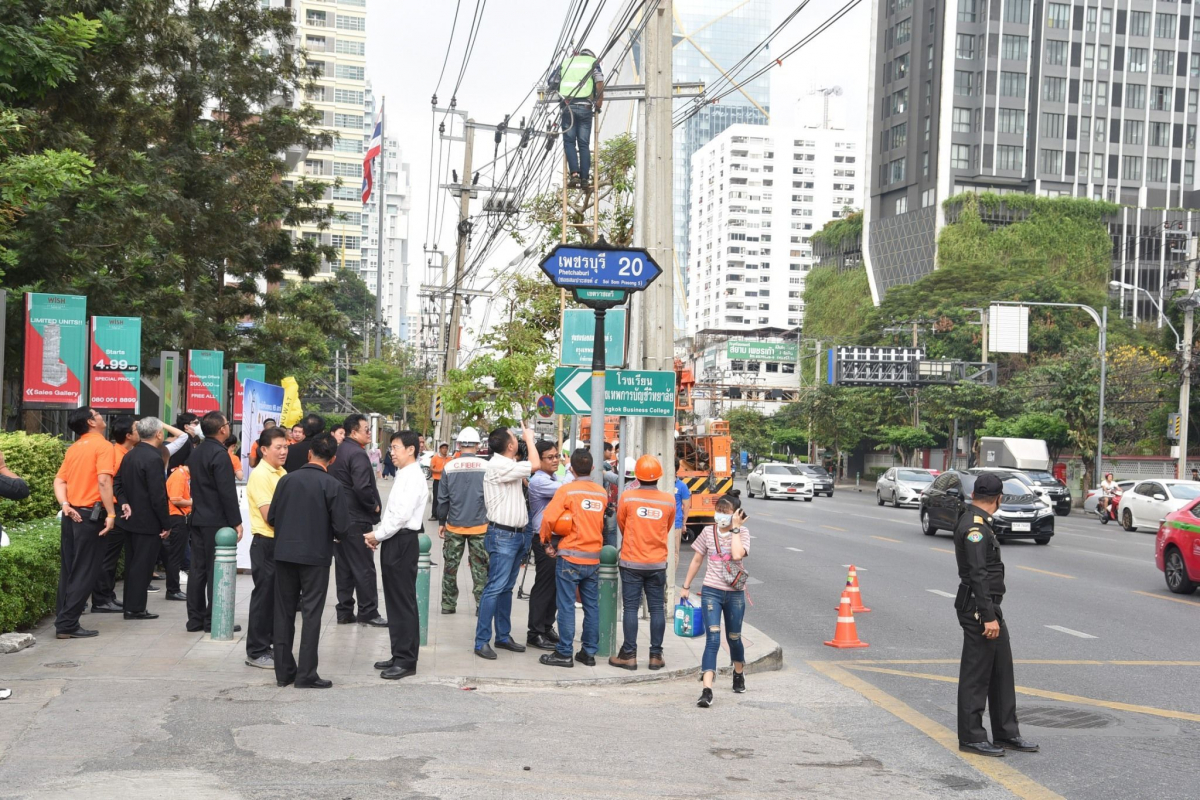 The MEA’s tidying-up operation will be carried out in four steps as follows:

1 Telecommunication companies survey their own lines on designated routes and put a company name tag on each line that is still in use.

3 MEA installs new cross arms on the pole for telecom lines currently in use as well as future lines.

“The tidying-up process will not interfere with usage of telecom network customers,” said the deputy governor. “This campaign will help improve stability in electricity distribution, enhance the view of the city’s skyline as well as prevent any parties from installing their lines on utility poles without permission from the MEA.”

If you find cluttered or unsafe telecom lines, you can call NBTC hotline 1100 or Line: @nbtc1200