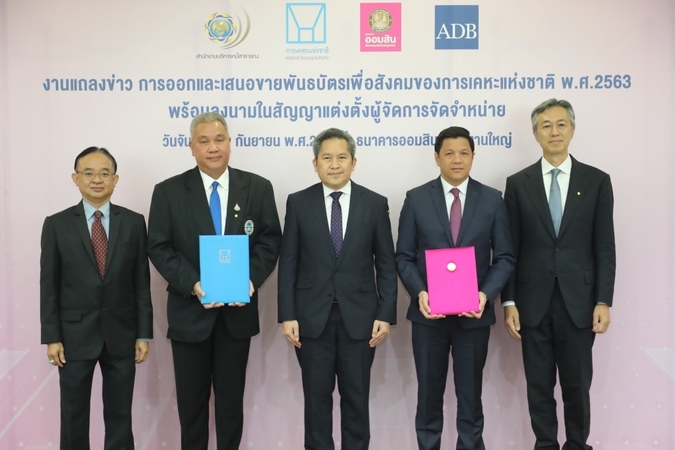 Government Savings Bank (GSB) announced on Monday (September 21) that it will underwrite National Housing Authority (NHA)’s social bonds worth Bt6.8 billion, which will be issued on Wednesday to raise funds for building homes for low- and middle-income earners.

The planned bonds will be supported by the Asian Development Bank and Public Debt Management Office (PDMO).

GSB and NHA signed a pact at an event chaired by Social Development and Human Security’s permanent-secretary Porametee Vimolsiri.

Taweepong said this is the first time that social bonds are being issued by a state enterprise to raise funds in the capital market so the business sector can play a part in social development. This is in line with Social Development and Human Security Minister Chuti Krairiksh’s policy.

The NHA bonds will refinance the development of a housing project to serve low and middle-income people, who will be able to either buy or lease these housing units. The bond issuance is expected to benefit 13,569 households or 54,000 people.

The Finance Ministry guarantees both the principle and interest. Investors have already registered their interest in the bonds and subscription will open on Tuesday.