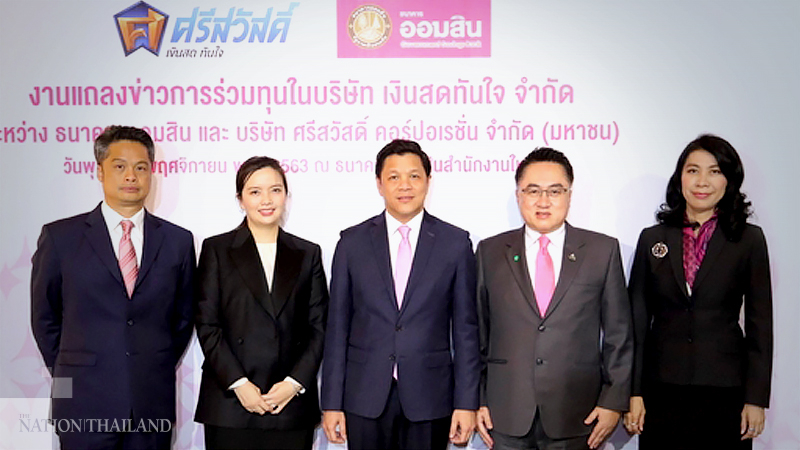 The service will be offered through GSB’s joint investment in Fast Money, the auto-title lending arm of Sawad.

“GSB will jointly invest Bt1.5 billion with Sawad, purchasing up to 49 per cent of its shares. This will help bring down the company’s current interest rate for auto-title loans from 24 per cent to 18 per cent,” he said.

“Sawad has more than 40 years of experience in the auto-title loan business with a nationwide network of branches and an online platform for money transactions,” said Thida Kaewbootta, investor relations officer at Srisawad Corp.

“The joint investment will benefit Sawad’s business operations by expanding its customer base, while also promoting the government’s policy of financial institutes maximising access to loans for the public.”

“In the early phase of the service, which will be available in early 2021, we will target individual customers by providing loans through over 5,000 branches of Sawad and 1,060 branches of GSB,” she added.