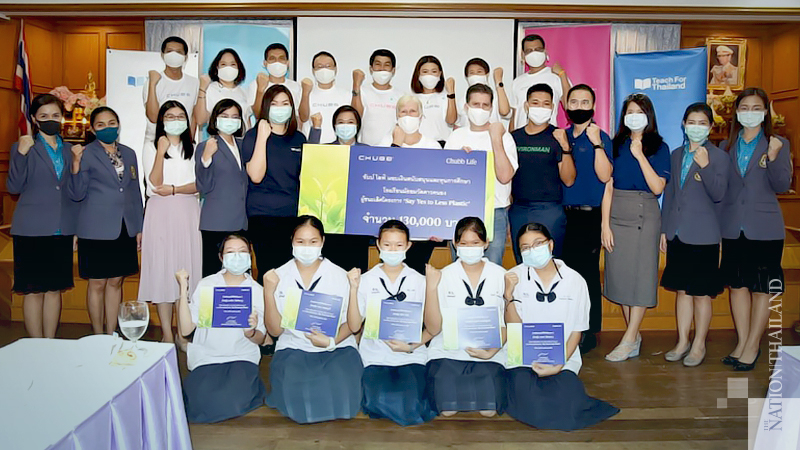 Angela Hunter, country president for Chubb Life Thailand, centre second row, is flanked by Pakpimol Suthammanas, representative of Teach for Thailand, on the left, and Romtham Khumnurak, co-founder of Environman page, on the right, as the present the top prize to students at Bangkok’s Wat Dao Kanong High School.

Chubb Life Assurance recently joined hands with Teach for Thailand Foundation (TFT) to launch its “Say Yes to Less Plastic” competition, in which students were told to come up with sustainable solutions to reduce plastic waste in their school.

Also collaborating as project adviser and judge was Romtham Khumnurak, an environmental columnist known as “Environman”.

More than 200 students from grades 7 to 9 under the TFT network nationwide submitted ideas and received certificates and scholarships worth a total of Bt170,000.

Angela Hunter, country president for Chubb Life Thailand, said: “We also aim to enhance the livelihood of their communities by educating students about the importance of preserving the environment.

“We worked with the Teach for Thailand Foundation to invite students from across their network to develop and present their ideas under the ‘3Rs’ concept: Reducing, Reusing or Recycling, and then apply this concept to plastic waste in their schools.”

The top three winners of the contest were:

The proposed solution is to recycle plastic waste by sorting and then transforming into new products that can be used or sold. This project will be expanded to non-profit organisations and nearby communities.

The team was presented with awards, including scholarships, worth Bt130,000 in total. 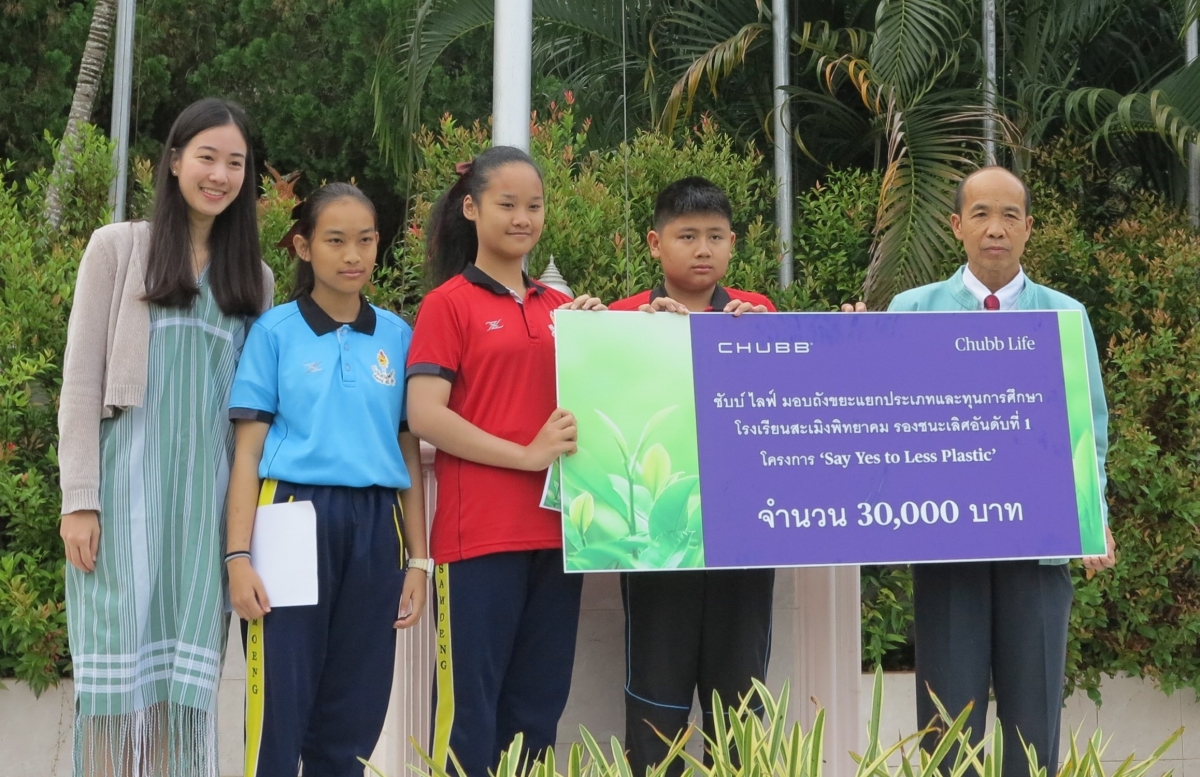 The idea was to convert plastic bottles into durable brooms that can be used to sweep up leaves in the school grounds as well as at temples and communities.

The students were awarded certificates, Bt30,000 for scholarships and five garbage separating bin sets for the school. 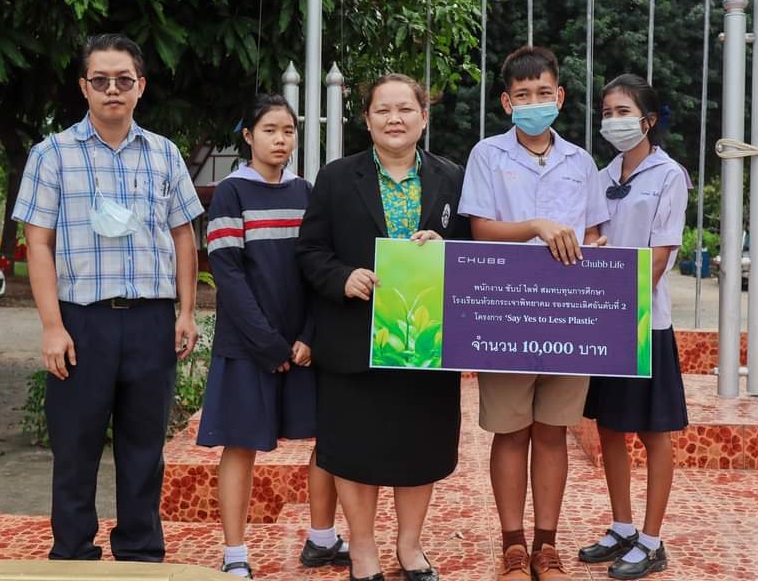 The idea is to strengthen existing plastic ropes by reducing the size of each strand using an extrusion machine to bind them together. The new ropes will be used by the school as well as given to people in the community.

The students were awarded certificates and Bt10,000 for scholarships.

The proposed solution is to recycle plastic waste by sorting and then transforming it into new products that can be used or sold. This project will be expanded to non-profit organisations and nearby communities.