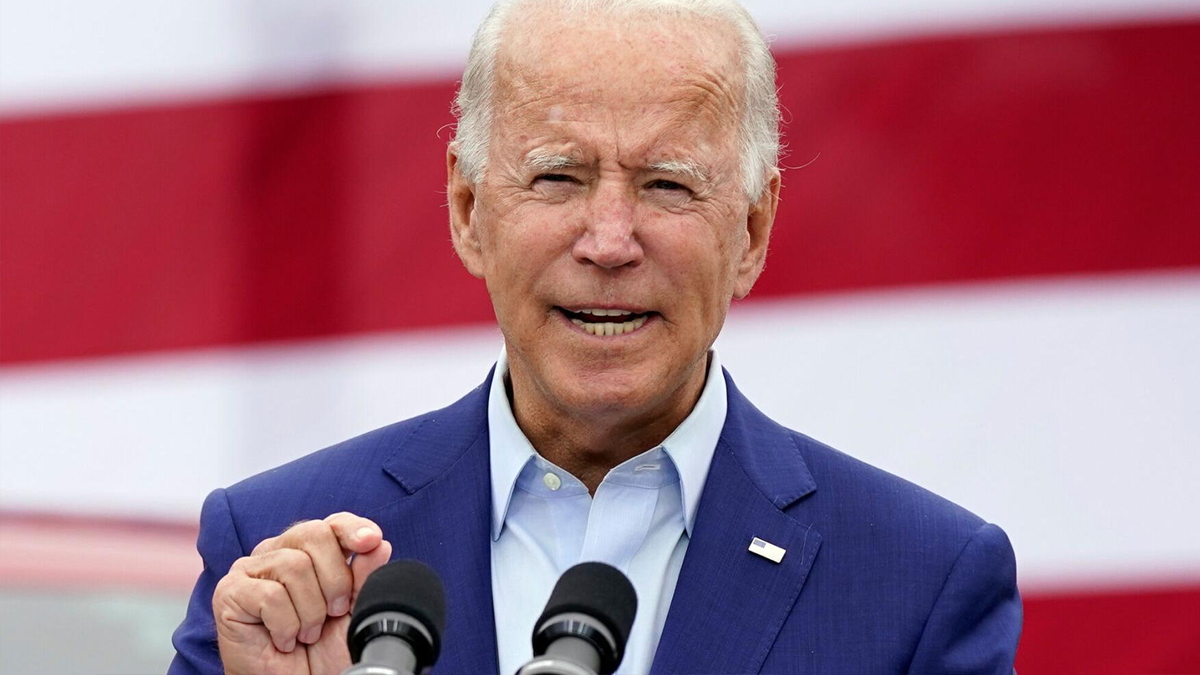 The proposal, made public earlier Wednesday, would require that goods purchased with taxpayer dollars contain 75% U.S.-made content by 2029, up from a current threshold of 55%, according to a fact sheet released by the White House.

The threshold would rise to 60% once the rule goes into effect, and then gradually grow to 75%.

The president made his case to boost U.S. manufacturing at a truck manufacturing facility just outside Allentown, Pa., meeting factory workers and touting his administration's new rules.

"In recent years, 'Buy America' has been a hollow promise," Biden said in remarks at the Mack Trucks Lehigh Valley Operations center in this eastern Pennsylvania town, before a crowd of more than 100 people, including the facility's employees and union members. "But my administration is going to make 'Buy American' a reality, and I'm putting the weight of the federal government behind that commitment."

During his remarks, Biden said his administration was making the "biggest enforcement changes" to the Buy American Act - a 1930s-era law that calls on the federal government to purchase materials and products domestically - in seven decades.

The new rule would also enhance federal efforts to buy domestically produced goods deemed critical, such as semiconductors and medical supplies. And it would require contractors to report more data on the U.S.-made content of the goods they purchase.

"Instead of taking contractors at their word that they've hit the threshold, we're going to start making them give us the details so that we can do more to support American" manufacturing, Biden said.

He added, "Today, I'm placing my bet on America."

The proposal is subject to a 60-day comment period to allow industry and the public to weigh in, after which the administration will work on a final rule.

The federal government spends about $600 billion a year on goods and services, almost half of which is dedicated to manufactured products, including helicopter blades, trucks and office furniture.

Its massive budget makes it the single largest purchaser of consumer goods in the world, the administration said.

"Leveraging that purchasing power to shape markets and accelerate innovation is a key part of the Biden industrial strategy to grow the industries of the future to support U.S. workers, communities, and firms," the administration said in its fact sheet.

"As the pandemic has demonstrated, federal procurement can strengthen the resiliency of domestic supply chains, and reduce the risk of Americans being adversely impacted by the actions of competitor nations during a time of crisis," it said.

In January, the Biden administration took additional steps to force the government to buy more domestically manufactured goods, via an executive order that tightened the definition of U.S.-made products and created a position in the Office of Management and Budget to oversee stepped-up purchases of domestic goods.