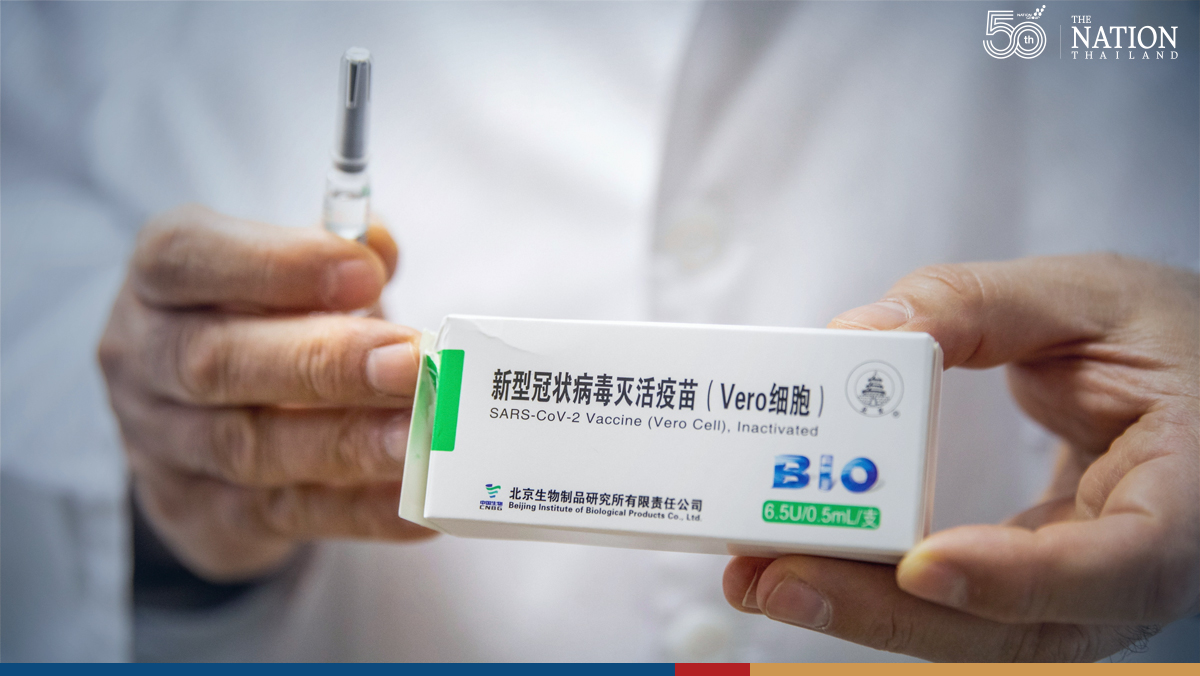 Only 0.1 per cent of Sinopharm vaccine recipients had side-effects

Of the 67,992 Sinopharm vaccine recipients nationwide, 97 per cent did not experience any abnormal symptoms, Prof Nithi Mahanonda, secretary-general of Chulabhorn Royal Academy, said.

He said the adverse reactions were reported within 30 minutes while under observation after the vaccination.

Only 100 of the 67,992 subjects vaccinated, or 0.1 per cent, had an adverse reaction within 30 minutes of vaccination. The most common symptoms included dizziness, nausea, vomiting, and shortness of breath, all with mild to moderate symptoms, he said.

The Royal College of Chulabhorn sent an SMS to vaccine recipients to report any adverse reactions so as to keep a track of side-effects. There were 17,154 SMS responders, representing 25 per cent of vaccination recipients.

Most of them had no symptoms.

In a number of people who reported having abnormal symptoms, the most common adverse reactions were: headache (2.3 per cent), tiredness (1.7 per cent), muscle ache (1.7 per cent), pain and swelling at the injection point (1.6 per cent), and fever (1.5 per cent).

From the report of the insurance company, there were eight vaccination recipients who had requested medical insurance claims for adverse reactions. Nithi emphasised that there were no reports of severe symptoms from the Sinopharm vaccination.

He also said that on Sunday, one million doses of the vaccine had been loaded on a Thai Airways plane for delivery in Thailand.