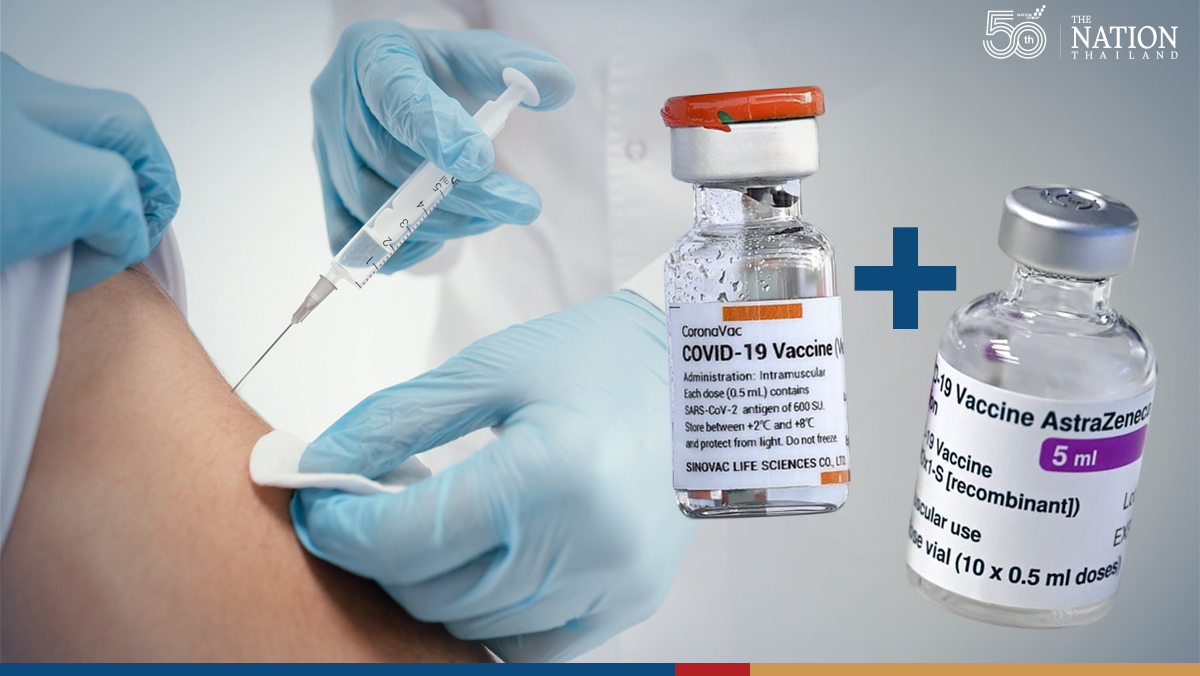 The Public Health Ministry has switched its vaccine strategy from double doses of Sinovac to a combination of Sinovac and AstraZeneca jabs.

The move, announced on Monday by Public Health Minister Anutin Chanvirakul, comes after more than 600 medics were infected with Covid-19 despite having had both doses of Sinovac.

The new strategy was approved by the National Communicable Disease Committee as a measure to combat the fast-spreading Delta variant which is becoming dominant in Thailand. It will be rolled out first

Under the strategy, a Sinovac jab will be administered first, followed by an AstraZeneca jab 3-4 weeks later. AstraZeneca is thought to offer more protection than Sinovac against the Delta strain.

Front-line health workers, most of whom have had two Sinovac jabs, will also get the AstraZeneca booster 3-4 weeks after their second Sinovac shot. Most doctors can now get the booster since more than four weeks have passed since their second dose.

The Department of Disease Control reported on Sunday that 618 medical professionals had been infected by the virus since April despite having had their second Sinovac jab.