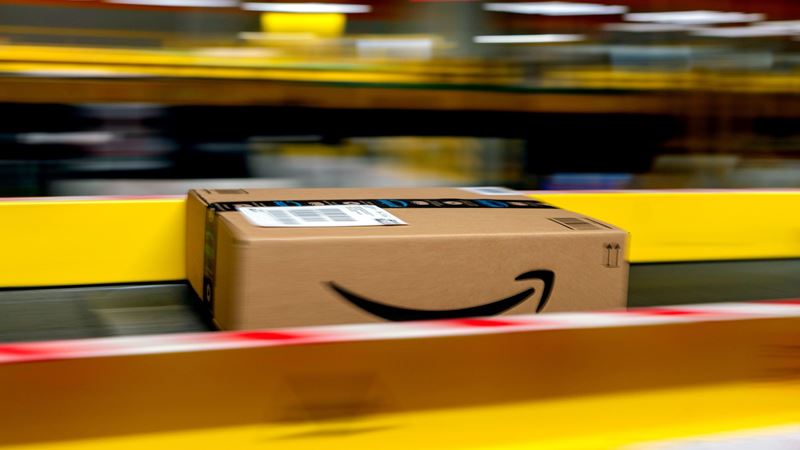 Regulators failed to show that the U.S. online retailer was given special treatment by Luxembourg's tax authority in violation of state-aid rules, the EU General Court ruled on Wednesday.

Amazon's victory follows last year's landmark court defeat for the EU commissioner against Apple, which contested a record 13 billion-euro tax order. The tech giants were both targeted as part of Vestager's eight-year crusade against allegedly unfair treatment doled out by EU nations such as Luxembourg, Ireland and the Netherlands to attract some of the world's leading firms.

The European Commission "did not prove to the requisite legal standard that there was an undue reduction of the tax burden of a European subsidiary of the Amazon group," the Luxembourg-based EU judges said.

It was not all bad news for Vestager, as judges rejected Engie's appeal against an order to pay back about 120 million euros to Luxembourg. They also said that the commission "cannot be accused of having exceeded its powers," by probing tax issues. Both of Wednesday's decisions can be appealed.

Court challenges are piling up, as companies hit with tax-repayment orders from Vestager argue that deals to reduce their fiscal liabilities were legal before the EU labeled them as unfair subsidies. Since last year's Apple case, EU enforcement against so-called tax rulings handed out by nations to selected businesses has slowed.

The Amazon "ruling is a blow" and "shows again that case-by-case investigations do not solve large-scale tax dodging," said Chiara Putaturo, a tax expert with Oxfam EU. It "shows the urgent need for the EU to do more to end corporate tax avoidance and bolster government coffers to help fuel the recovery."

How big companies reduce their tax bills has become a political focus with EU regulators planning a new tax on technology firms if global tax reforms can't be agreed.

While the amount at stake in the Amazon case is relatively tiny following a record earnings quarter for the company, tax experts see the outcome of its appeal helping to shape ongoing cases. These include probes into Dutch tax treatment of Nike Inc. and Ikea units.

Amazon said the court's decision "is in line with our long-standing position that we followed all applicable laws" and that the company "received no special treatment," according to an emailed statement.

"We're committed to Europe and follow the law in every jurisdiction in which we operate," Amazon said. "We have invested 78 billion euros since 2010 and have 60 fulfilment centers, 100 corporate offices and development centers, and employ over 135,000 people in a wide variety of well-paid roles."

The commission didn't immediately respond to a request for comment.

Luxembourg's finance ministry said the ruling in Amazon confirms that its tax treatment at the time wasn't state aid. On Engie, Luxembourg "will examine the judgment with all due diligence and reserves all its rights," the ministry said in a statement.

Amazon is one of several tech giants under fire for tax structures that may allow it to pay less than rivals. Its tax deal with Luxembourg, the base for the retailer's European operations, allowed the company to cut its taxable profits "to a quarter of what they were in reality," the commission decided in 2017.

The regulator found that Amazon's tax rulings "significantly" reduced taxable profits and "did not reflect economic reality." The structure was in place from May 2006 to June 2014, the EU said. The company then changed to a new structure.

In Engie's case, the EU decided Luxembourg had selectively deviated from provisions of national law to help lower the tax bill for France's former natural-gas monopoly.

Amazon said in a recent blog post that "what Amazon pays in corporate tax in an entity in Luxembourg with what Amazon pays Europe-wide" are often "wrongly conflated" in media reports.

"We pay corporate tax in countries across Europe amounting to hundreds of millions of euros, and we operate in full compliance with local tax laws everywhere," it said.