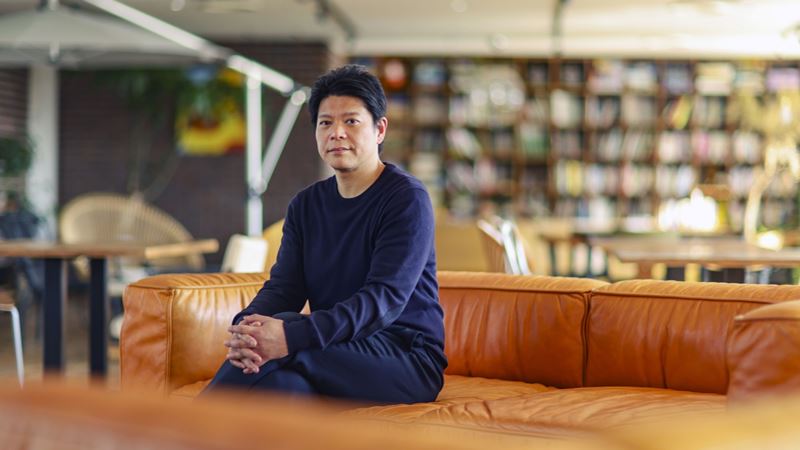 Masaru Tange says the strategy that turned his company into one of Japans best-performing stocks may be surprising: He buys smaller firms and boosts their workers pay.

Tange's Shift, a software tester, acquires other businesses near the bottom of the industry supply chain and raises their engineers' salaries. He says he's able to do this and still charge competitive prices by cutting out layers of companies that serve as middlemen in the outsourcing process. And having more workers leads to higher sales.

Shift's shares have risen more than 5,300% since it went public in 2014, the second-best performance on Tokyo's benchmark stock index. The company's market capitalization has surged to about $2.3 billion, pushing the value of Tange's 33% stake to about $745 million.

Tange, 46, says his business model is an attempt to remove inefficiencies in Japan's software industry, where layers of subcontractors take cuts on orders before passing the work to another company below. It's also, he says, a break from the M&A strategy of buying a business and looking to reduce costs.

"I have a strong urge to rescue these young employees," Tange, Shift's founder, president and CEO, said in an interview. "I want to create a fair working environment through M&A."

Tange grew up in what he describes as an ordinary family in Hiroshima in southwestern Japan, where both his parents were civil servants. He established Shift in 2005 after majoring in mechanical engineering and spending more than five years working for a consulting firm.

Shift started out advising companies on how to improve profits. In 2009, it entered the software testing business.

Tange said he wanted to change engineers' perception that software testing was a second-rate job, including by paying them more money.

Shift acquired Yusuke Sato's company in 2016. Since then, the software developer says his salary has jumped by more than 70%.

"Joining Shift was a huge turning point in my career," Sato said.

Shift has 3,308 engineers as permanent employees as of the end of February, up more than 14-fold from 228 at the end of November 2015. The company acquired at least 14 firms during that period.

Increasing engineers leads directly to revenue growth because it enables the company to do more business, according to Go Saito, an analyst at Credit Suisse who initiated coverage on the stock in February with an outperform rating.

"Sales can be derived by multiplying the number of engineers and the unit price for engineers," Saito wrote in a report that month. "The company has already created a framework for the skills development of engineers, enabling it to cultivate high-quality human resources."

Software engineers are underpaid in Japan compared to the U.S. and there's a shortage of them, according to Saito. That's one reason why Shift's model of outsourcing software testing works, he said.

"We're the biggest in Japan in this area," Tange said. "I do see revenue reaching 100 billion yen," he said, referring to the company's goal for the fiscal year ending August 2025.

Shift's soaring shares haven't been immune to pullbacks. They've fallen about 22% from a record in October as investors sold high-growth technology stocks. Even after the drop, the company trades at about 87 times estimated earnings.

For veteran investor Mitsushige Akino, the stock may see more volatility in coming months and could fall in market downturns. But its "fundamentals are solid and Shift is making progress on the vision it laid out," the senior executive officer at Ichiyoshi Asset Management said. "It won't be strange to see more buying of these types of shares if investors focus once more on growth stocks."

Credit Suisse's Saito says the key will be whether Shift is able to continue to increase its number of engineers.

Whether that will happen remains to be seen, but Tange, at least, isn't short of confidence.

"We're just getting started," he said.