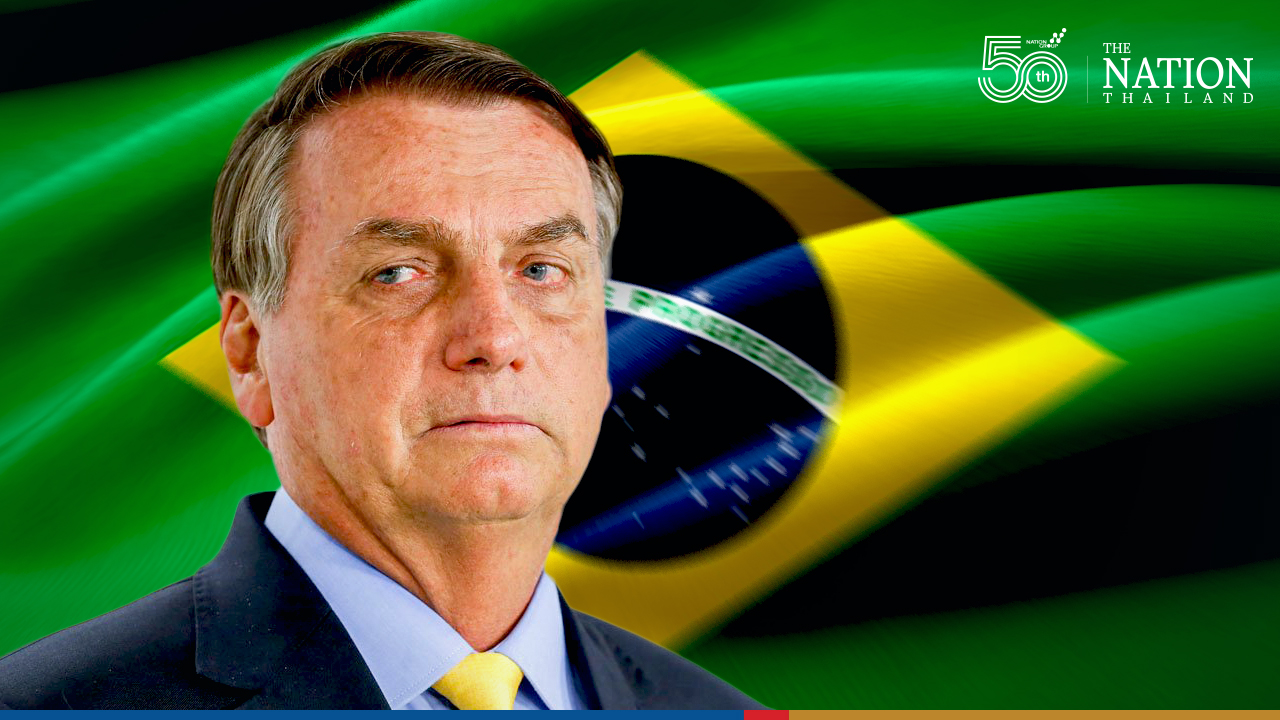 The hiccups have persisted for so long - more than 10 days - that the country's far-right leader has been hospitalized so doctors can try to figure out the cause.

In the many recent presidential live streams, Bolsonaro's hiccuping is evident - and he has prefaced some appearances by with acknowledging his hiccupping and disrupted speech. In one July 8 clip, Bolsonaro hiccuped approximately 14 times within the first minute.

Bolsonaro has had a run of health scares. He nearly died on the 2018 campaign trail after being stabbed in the abdomen. He lost a lot of blood and suffered a serious wound to his intestine. He contacted covid-19 last July after playing down the coronavirus for months. While in quarantine, he was bitten by an emu-like giant bird. He's had a stubborn cough, too.

"Hiccups" were trending on Google in relation to Bolsonaro this past week, Brazilian newspaper O Globo reported.

The president said that he had dental implant surgery Saturday, and he suggested a possible link between the post-implant medication and his ongoing hiccups.

He's expected to be under observation at the Armed Forces Hospital in Brasilia for a day or two - although he will not necessarily remain in the hospital building. "He is feeling good and doing well," the president's press office said in a statement.

The hiccups and examinations caused Bolsonaro to cancel his entire agenda Wednesday, including meetings with the heads of the three branches of government.

Mark Larson, a Mayo Clinic gastroenterologist and internist, told The Washington Post that while transient hiccups are very common, persistence for more than a day is already quite rare. Bolsonaro's 10-day spell is very rare.

He said that medications taken after the surgery, or even the surgery itself, could plausibly have triggered the symptoms.

Hiccups are involuntary contractions of your diaphragm - a dome-shaped muscle between your chest and abdomen. Normally, it contracts and relaxes to let air flow in and out of your body. But irritation can cause spasms, bringing a rush of air through your throat, Larson said. Your vocal cords rapidly close up and cause the distinct hiccup sound.

Hiccups can be caused by physical and emotional changes and disruptions - stress, sore throats, cold drinks or eating too fast, for example - so pinpointing any cause for the Brazilian president's hiccup bout isn't possible without an examination.

Prolonged hiccups can be a serious problem, or indicate one. Doctors recommend seeking medical attention if they persist longer than 48 hours, especially if they disrupt sleep.

Causes can range from something as small as swallowing too much air while chewing gum to something as serious as a tumor - and longer cases can be connected to damage or irritation to the nerves near the diaphragm.

A specialist in Brasília told O Globo that Bolsonaro's hiccups could be caused by the dental implant because of oral and phrenic nerve relationships. The specialist said it was unlikely that the stabbing had anything to do with the hiccups.

In a tweet Wednesday, however, Bolsonaro blamed health complications in the aftermath of the assassination attempt.