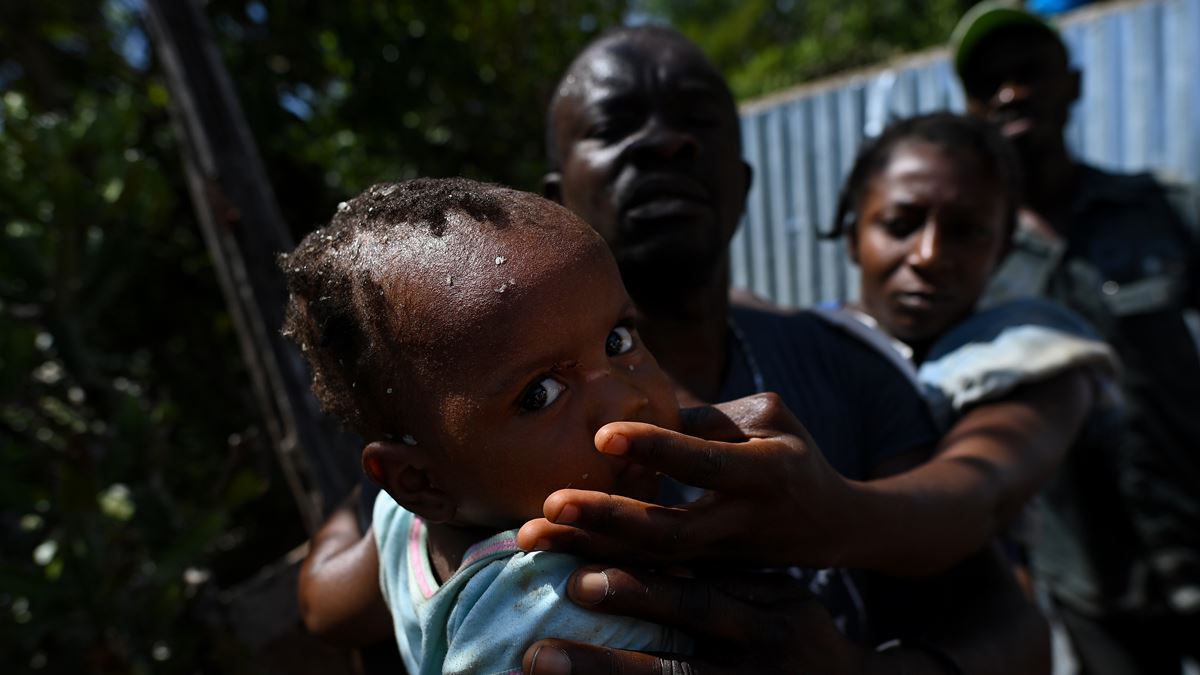 Haiti was devastated by a quake that killed more than 2,000 people. Heres how you can help.

After Haiti was rocked Saturday by a 7.2-magnitude earthquake - more powerful than the one that left the country in shambles more than a decade ago - communities were left to grapple with the tremors destructive aftermath.

Haiti's civil protection agency said that 2,189 people had died as of Wednesday night and that more than 12,000 had been injured. The earthquake has affected about 1.2 million people in the Caribbean nation - including 540,000 children - according to UNICEF. The child-welfare organization estimated that 84,000 homes were damaged or destroyed - a situation that will require at least $15 million to respond to urgent needs.

The earthquake is the latest crisis in the poorest country in the Western Hemisphere. In recent months, Haiti has struggled with a spike in gang violence and kidnappings for ransom. The country was further challenged by the July 7 assassination of President Jovenel Moïse. Those problems come amid a pandemic in which just 0.17 percent of Haiti residents have received at least one dose of a coronavirus vaccine, according to Oxford University's Our World in Data.

Further complicating the aid, The Washington Post reported, Tropical Storm Grace brought heavy rainfall Tuesday, causing mudslides and floods that damaged temporary shelters for people displaced by the quake. Recovery efforts stalled, and the roads on which aid and patients are transported were blocked.

The United States, the United Nations and a cohort of international aid groups have moved to send help, but their efforts have been slow - in part because of Haiti's political instability.

Their aid comes in the shadow of mishandled resources after the massive 2010 earthquake. Vast sums of money were lost to corruption and embezzlement, with some of Haiti's top politicians being suspected of misusing the funds. U.N. peacekeepers infected with cholera were part of an outbreak that led to more deaths. The American Red Cross was accused of mismanaging the half-billion dollars it raised to support the nation, according to ProPublica.

A definitive death toll for the Jan. 12, 2010, 7-magnitude earthquake was not established, but estimates by the United Nations place it at 220,000. About 1.5 million people were displaced.

As hospitals care for survivors and as rescuers comb through the ruins of last week's earthquake, local and international organizations have been accepting donations - and there are numerous ways to help.

Hopital Bernard Mevs is the largest emergency hospital in Port-au-Prince. Although not directly affected by the earthquake, it is "over capacity" with patients who have been airlifted or driven to its premises. Some of its nurses and doctors are stationed in shelters in the southwestern part of Haiti, near the earthquake's epicenter. In partnership with Project Medishare, the hospital organized a GoFundMe campaign to help victims in Les Cayes and Jeremie.

Prodev is a Haitian-led nonprofit organization that supports the education of impoverished children. After the 2010 earthquake destroyed nearly 80 percent of the country's schools, Prodev supported rebuilding efforts and established a school in a community where displaced children had been relocated. The institution is accepting contributions.

When Hurricane Michael ravaged Haiti in 2016, Fokal - a 25-year-old nonprofit that works with local small businesses and groups - initiated a relief campaign by distributing funds through its network of organizations, including "smallholder farmers, cocoa growers, dairy farmers and women who run micro agro businesses, all of which are crucial in the region's food production." Its disaster program was again set in motion and is accepting donations.

- U. S. based initiatives

Based in Naples, Fla., Hope for Haiti is a nonprofit organization established to reduce poverty in the island nation. Since its founding in 1990, it has responded to natural disasters including the 2010 earthquake and Hurricane Michael in 2016. It is providing medical services and clean water in its infirmary in Les Cayes. The organization is accepting contributions for its relief efforts.

In 2008, a group of Haitian Americans established Project St. Anne to "maintain the future of Haiti by investing in our greatest asset, our children," according to the education-focused organization's website. It has a team at Camp-Perrin - a commune 26 miles south of the epicenter - delivering food and water to survivors. It is accepting donations.

In Miami's Little Haiti, the largest such diaspora enclave in the country, some members of Notre Dame D'Haiti Catholic Mission lost relatives on the island. Reginald Jean-Mary, the parish administrator, told The Post that his cousin - who is a priest in Les Anglais - helped pull congregants out of the rubble when his church collapsed Saturday. Jean-Mary said Notre Dame D'Haiti is collecting financial contributions online or over the phone at 305-751-6289.

Operation Helping Hands is a joint effort of United Way of Miami-Dade and the Miami Herald/El Nuevo Herald that was launched in the aftermath of hurricanes Mitch and Georges in 1998. It has been reactivated since in emergencies and natural disasters, including the Surfside condo collapse outside Miami. The operation is supporting victims' short- and long-term recovery by collecting donations.

Nonprofit organization Sow a Seed, which says its mission is to provide humanitarian aid to impoverished children in the Caribbean, launched an earthquake relief campaign for medical supplies, food, water, clothing and baby items. It is accepting donations.

Partners in Health "delivers health care to the world's poorest places," according to its website - including Haiti, where it is known as Zanmi Lasante. In the aftermath of the earthquake, a team of clinicians was sent to Les Cayes and surrounding areas to support the transportation of trauma victims and to provide emergency care, according to a news release. The organization is accepting donations for its earthquake response.

Since Sunday, José Andrés's World Central Kitchen has served meals to victims and first responders. The organization has deep roots in Haiti - it was established after the renowned chef visited the country after the earthquake 11 years ago, and it has since opened a culinary school in Port-au-Prince. It's accepting financial contributions.

An estimated half-million Haitian children have "limited or no access to shelter, safe water, health care and nutrition," according to Bruno Maes, UNICEF's representative in Haiti. The organization has mobilized its team to deliver medical supplies to hospitals. It has also distributed tarps for emergency shelter, latrines, hygiene items and water-treatment tablets, and is collecting donations.