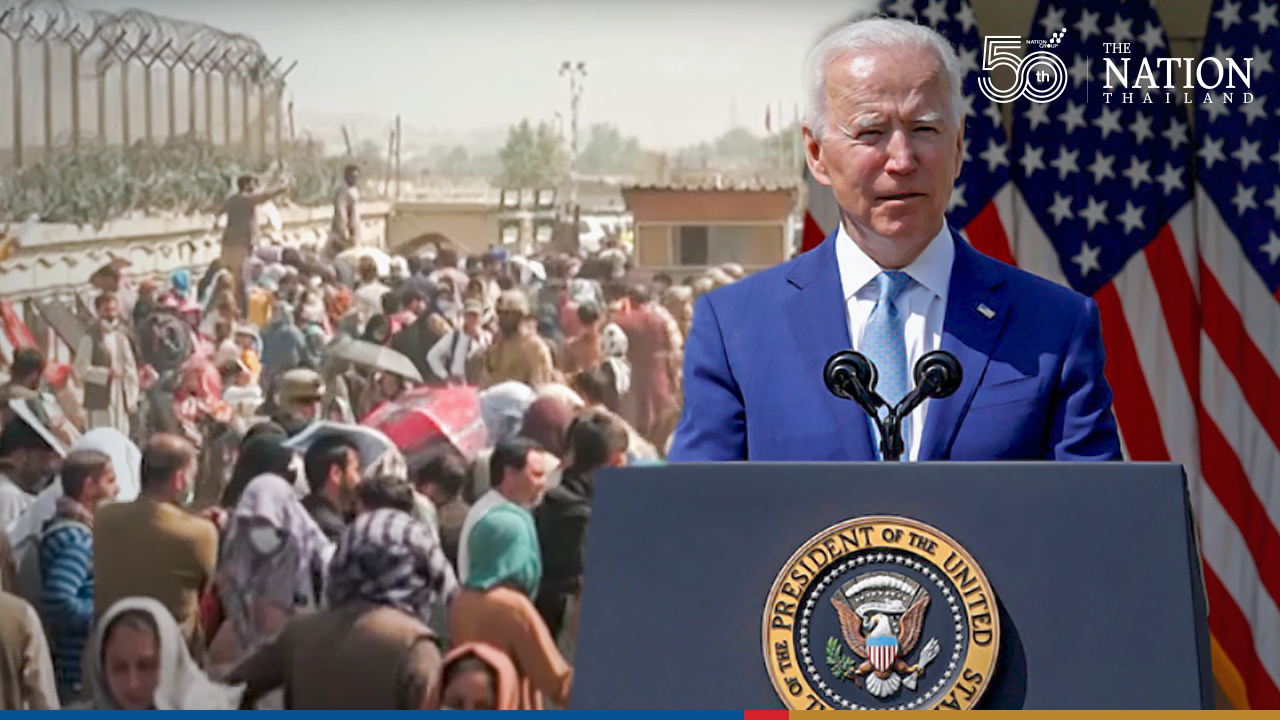 The United States faced mounting global pressure on Monday to extend its evacuation mission in Afghanistan past President Joe Bidens Aug. 31 deadline, despite a Taliban warning against doing so.

The admonition from Taliban spokesman Suhail Shaheen, who cautioned that foreign forces would be subject to "consequences" should they remain in Kabul into September, came as the U.S. military accelerated flights out of the Afghan capital following a week of chaos and insecurity that thwarted attempts by thousands of foreigners and desperate Afghans to depart.

"If they extend it, that means they are extending occupation," Shaheen told Sky News. "If they are intent on continuing the occupation, it will provoke a reaction."

The remarks add a new element of risk to Biden's effort to contain the fallout from the Taliban's surprise takeover of Afghanistan just eight days ago, a turn that has ignited a public reckoning over the manner in which the president withdrew American forces.

The militants' resistance to any prolonged foreign presence injected fresh uncertainty into international coordination efforts a day before Biden holds crisis talks with leaders from the Group of Seven industrial bloc. British officials have said that Prime Minister Boris Johnson will use the emergency meeting to propose new sanctions on the Taliban and push Biden to extend the evacuation operation.

Biden's national security adviser, Jake Sullivan, told reporters Monday that the United States could finish its evacuation of Americans by the current deadline, which Biden set this spring.

"As I've said before, as the president has said before, we believe that we have time between now and the 31st to get out any American who wants to get out," he said. The administration does not know exactly how many Americans are in the country nor how many want to leave, officials have said.

Sullivan declined to say what Biden will tell Johnson on Tuesday about extending the deadline.

Ben Wallace, Johnson's defense minister, has said that Britain, like other nations reliant on U.S. air and manpower in Afghanistan, will be forced to end its own evacuation effort when the United States departs. "It's really important for people to understand the United States have over 6,000 people in Kabul airport, and when they withdraw that will take away the framework . . . and we will have to go as well," Wallace said.

France is also appealing for additional time. On Monday, Foreign Minister Jean-Yves Le Drian said he was concerned by the timeline. President Emmanuel Macron, in a call with Biden on Friday, stressed a "collective moral responsibility" to vulnerable Afghans. "We cannot abandon them," he said, according to the French Embassy.

While Biden has resisted committing to changing his departure deadline, his aides are increasingly preparing for such a step. Officials said Monday that an extension, if authorized, would probably have a narrow focus on evacuating remaining Americans, not the much larger group of Afghans who want to escape.

One official, who like others spoke on the condition of anonymity to describe internal planning, said any extension would be brief and likely to end before the 20th anniversary of the Sept. 11, 2001, attacks.

Hanging over the deliberations is the possibility that the Taliban, newly emboldened as it takes charge of the Afghan state, would respond to a continued foreign footprint by not only suspending its cooperation with the evacuation operation but also targeting foreign troops at the airport.

Sullivan said the administration is in daily communication with Taliban officials but declined to say what their private message had been regarding the possibility of a prolonged U.S. presence, however short. "We are taking this day by day," Sullivan said. "We're going to keep making progress, and the president will ultimately make his decision about the precise shape and scope of the operation."

The situation in Afghanistan has led to strains with European allies at a time when the Biden administration hoped to repair relations that it said were damaged under President Donald Trump. Some NATO officials, now scrambling to get their own staff and local employees to safety, have complained that they weren't properly consulted before Biden's decision.

Discussions about an extended mission are occurring as the pace of evacuations finally gains speed. On Monday, officials said the military had evacuated nearly 11,000 people over the previous 24 hours, a major increase from previous days, when problems with airport access, passenger processing and security threats slowed or sometimes halted airlift operations.

It was the first time the military has met - and in fact exceeded - its goal of 5,000 to 9,000 evacuations daily. While most of those airlifted are being processed at military bases in the Persian Gulf countries or in Europe, at least several planeloads of Afghans have already landed in the United States. Diplomats are also making arrangements with countries from Europe to South America to take in Afghan refugees at least temporarily.

Even as flights ramped up, conditions remained trying for Afghans attempting to reach the relative safety of Hamid Karzai International Airport, where U.S. troops are now stationed along with forces from Turkey, Britain, France and other nations.

A U.S. official familiar with conditions on the ground said entry points to the airport remained closed Monday to most, if not all, Afghans who worked for the United States and are seeking refugee status under the Special Immigrant Visa (SIV) program. Some members of Afghanistan's military are now attempting to flee as evacuees as well, the official said.

Communication problems have further hampered the effort. Phone reception at the airport is poor as thousands of Afghans crowd in, overwhelming cell towers.

Even as officials work to standardize the entry process, individuals with knowledge of the conditions said that procedures for admitting people from the crowds at the gates remain inconsistent. Some interpreters or former Afghan troops continue to say they got in only because former colleagues inside the perimeter recognized them, not through any fixed procedure.

"Happenstance and luck is not a way to plan for an airlift," said Jack McCain, a former adviser to the Afghan Air Force. "It's a sea of crushing humanity with no rhyme or reason."

The Pentagon said U.S. troops had made multiple sorties beyond the airport to reach stranded Americans. Speaking to reporters Monday, Pentagon spokesman John Kirby said that a second group of Americans had been airlifted into the airport, following another operation last week, and that rescue sorties were being employed "as needed" to bring more inside the perimeter.

"I don't want to leave you with the idea that we're patrolling the streets of Kabul," Kirby cautioned, as he said that the military was using "a variety of methods" to extract Americans from the city.

The presence around the airport of Taliban foot soldiers, who have in some cases beaten or threatened Afghans attempting to gain entry, has deterred others from attempting to escape, according to the accounts of Afghans. While the Taliban has promised "amnesty" for Afghans linked to foreign nations, reports have intensified of militants searching for or arresting them.

In addition to a firefight that occurred at the airport Monday, it appeared that the Taliban shot and killed several SIV applicants nearby and were collecting information from Afghans in the crowd, an official familiar with conditions on the ground said.

"What's that saying? 'The fox in the hen house?' " the official said.

The official acknowledged that the increased number of people flying out had helped but still considered progress fragile.

"Every day is a new, terrible adventure," the official said.