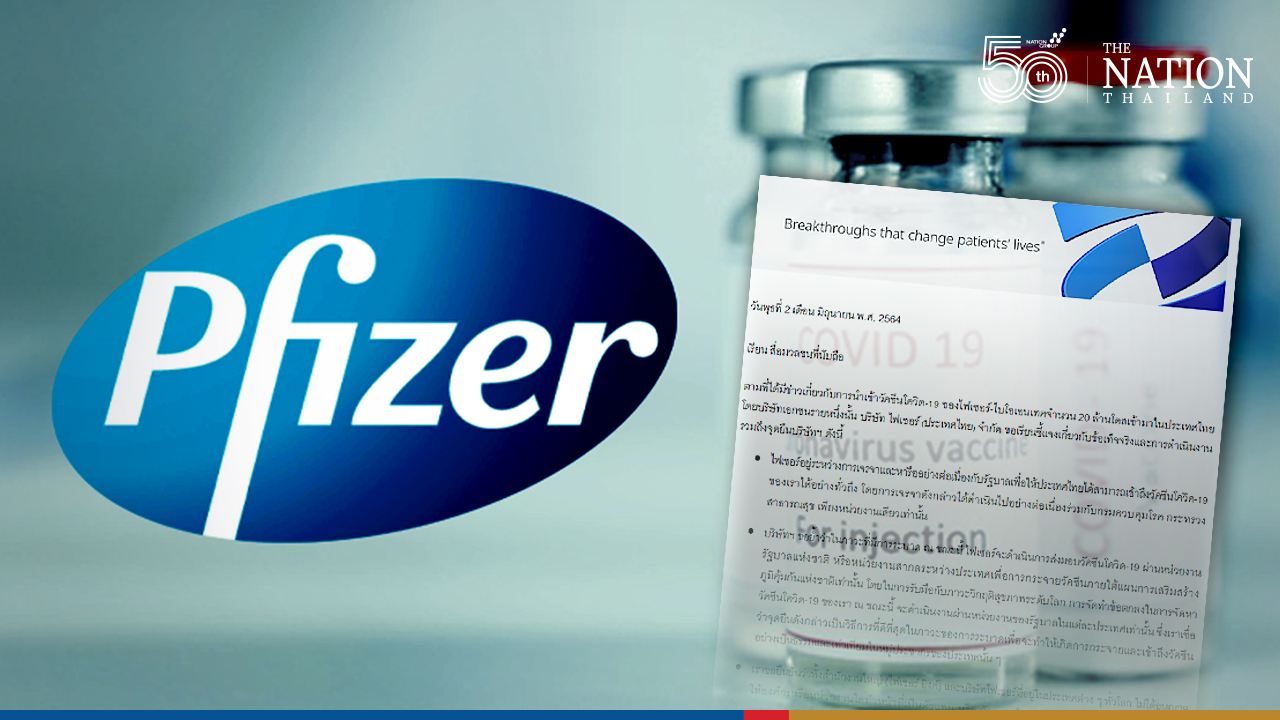 Pfizer's paper, which has not yet undergone peer review, showed a slight drop in efficacy against any symptomatic cases of covid-19, the illness caused by the novel coronavirus, from 96% protection in the first two months after vaccination to 84% after four months.

Company officials also presented data showing that a third shot could boost disease-fighting antibodies many times higher than the level achieved by the standard two-dose regimen. They said on a quarterly earnings call that they planned to seek authorization for a booster by mid-August, reiterating the company's belief that a third dose would be needed to enhance immunity within a year of vaccination.

"There is very good protection in the beginning, and then there's waning. And when you come closer to six months, [waning] which is even more profound with delta [variant]," Pfizer chief executive Albert Bourla said. "The waning is . . . more profound for mild cases, but there is a clear waning also for hospitalizations and severe disease."

In Israel, Health Ministry officials late Wednesday recommended administering booster shots to older adults. The director general of the Health Ministry is expected to accept that recommendation in coming days and will decide whether the target group will include people older than 65 or older than 75.

Despite a lack of regulatory approval for boosters in the United States or Europe and the absence of definitive data, the Israeli experts concluded that the peril posed by the apparent waning of vaccine efficacy over time, alongside a spike in infections, outweighs the risk of pursuing a booster shot policy for the elderly.

The data released Wednesday by Pfizer, when viewed across the entirety of the six-month period covered in the paper, showed the vaccine was 91% protective overall. The findings come from the continuation of a large clinical trial that began last summer, so they do not include the period when the delta variant had emerged and become dominant.

Mikael Dolsten, Pfizer's chief scientific officer, said the vaccines' protection against severe disease remains "pretty high, but we do see some lowering, particularly in real-world evidence studies from Israel. We see some lowering in that protection in risk groups such as older adults, immunocompromised."

But outside vaccine experts described the data as encouraging, even if they believe boosters will be necessary at some point for the general population and probably sooner for some groups, such as people with compromised immunity. Pfizer's analysis showed the vaccine was 97% effective against severe disease. The protection in South Africa, where a particularly worrisome variant capable of dodging immunity exists, was 100%.

"This Pfizer study, I view it as incredibly good news," said Larry Corey, a virologist at the Fred Hutchinson Cancer Research Center in Seattle. "We have to take some basic stock here about what's our primary goal of vaccination. If we do have a virus able to break through and give you a cold, but the vaccine is keeping you from severe disease, keeping you out of the hospital ... where should our emphasis and resources be?"

Kathleen Neuzil, director of the Center for Vaccine Development and Global Health at the University of Maryland School of Medicine, said it was important to monitor how the vaccine's performance changes over time but noted that its protection against severe disease remains "extremely high."

"Our main concern in the U.S. and in the world right now are the large numbers of unvaccinated people, and getting them vaccinated should be the emphasis," Neuzil said.

Natalie Dean, a biostatistics expert at Emory University's Rollins School of Public Health, said the vaccines dawned with such a high level of efficacy that a comparatively slight erosion of effectiveness should not be regarded with alarm.

"You have to sort of take the numbers as they are, which is still just a high number," Dean said. "The fact that it started from an even higher place is what affects how people interpret the results. . . . It is possible that there's some waning of that first line of defense, that's going to be the best at preventing just infection or mild disease. But ... it's still holding up well."

Pfizer presented data on a third dose at least six months after full vaccination, showing that it caused antibody numbers to soar, including disease fighters capable of neutralizing the delta variant. Pfizer's leaders have repeatedly predicted that a third shot will be needed within a year of vaccination, but federal officials made the rare move this month to issue a statement that the decision would be made by public health officials on the basis of a totality of data only partly informed by data from pharmaceutical companies.

"We continue to believe it is likely that a third-dose booster may be needed within six to 12 months after full vaccination to maintain the highest level of protection," Dolsten said.

On its earnings call, Pfizer updated its financial predictions to say the company expected $33.5 billion of revenue from its coronavirus vaccines this year. The company plans to make 3 billion doses in 2021 and 4 billion in 2022.

"There are a fair number of infectious-disease doctors and public health persons who are disappointed and actually a bit grumpy about Pfizer. Pfizer is out there trying to make recommendations of national policy via press release," said William Schaffner, a professor of health policy and medicine at Vanderbilt University School of Medicine. "Many of us think that's flagrantly inappropriate."

Instead, Schaffner said, the company should be having discussions with the Food and Drug Administration and the Centers for Disease Control and Prevention, "not out there to the general public."

Bourla said on the call that regulators would make the decision in each country, including the United States.

"I don't think that there is different interpretation of data between us and regulatory authorities around the world. Actually, there is extremely good collaboration and the same interpretation," Bourla said. "The FDA needs to review [the data] and then provide, or not, their approval. And then once it is approved, the third-dose booster, then the CDC needs to understand the situation in the country. And then, after a period of time, they will help to make a recommendation about the booster."