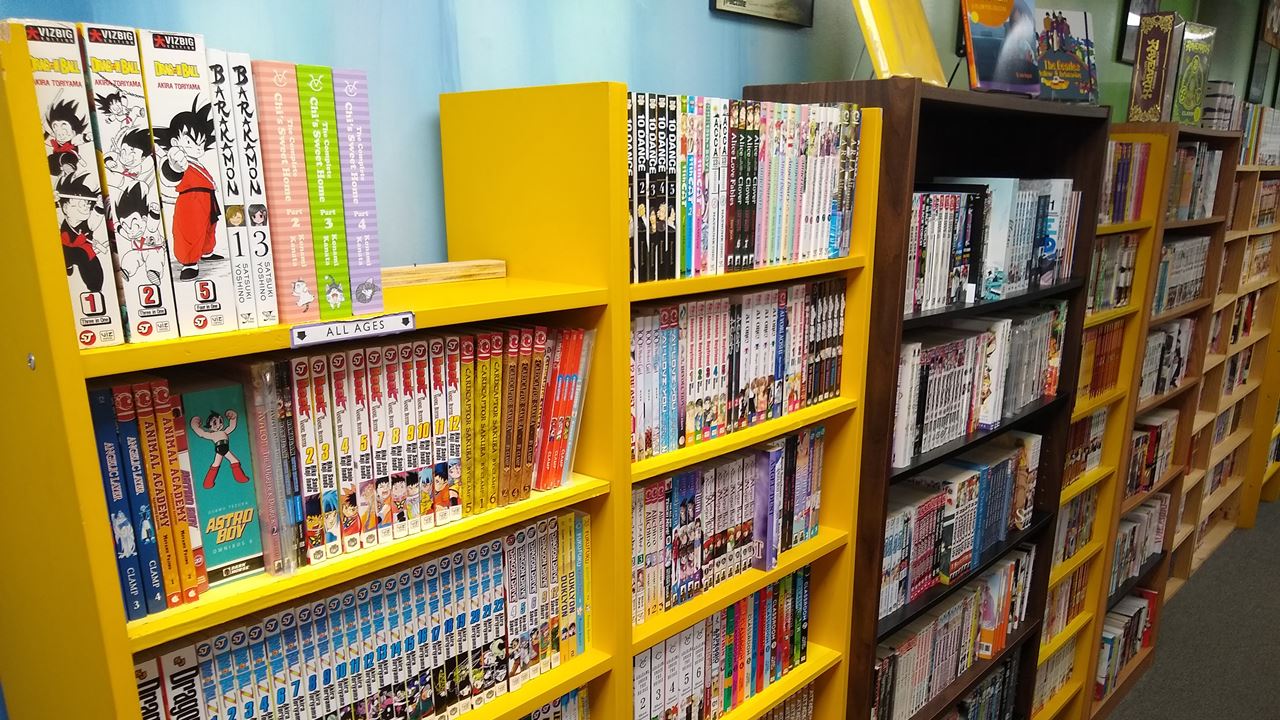 Anime and manga will take center stage at the Olympics. It could fuel a boom in interest.

When the inevitable rush arrives, and a slew of customers descend upon her store next month in search of Japanese anime and manga merchandise, Alice Goldberg-FitzHugh wants to be prepared.

Over the past month, Goldberg-FitzHugh, co-owner of Purple Narwhal Music & Manga in Rockville, Md., has contacted vendors and stores worldwide to accumulate as many anime and manga products as possible. Specifically, Goldberg-FitzHugh is seeking anything that features an image of a Tokyo Olympics ambassador, all nine of whom are anime characters.

She normally orders manga - Japanese comics and graphic novels - once or twice per month. This year, she has placed orders weekly, attempting to meet the anticipated demand of new readers.

Friday will mark the start of the Olympics in Japan, where anime and manga are created. While these platforms have seen their followings grow significantly over the last two decades, many in the anime and manga industry are preparing for another spike in interest in the United States and worldwide because of the exposure the series and characters are expected to receive during the Olympics.

"I definitely think it will make them more popular," said Susan Napier, a professor of rhetoric and Japanese studies at Tufts University. "People will be curious. Anime style is a very distinctive style, and if you're not used to it, you're going to say, 'Wow, what is this? This is cool.'"

Goku is perhaps the most well-known of the group. He's a naive but determined warrior who is the main character of "Dragon Ball Z," which was one of the first popular anime in the U.S. in the 1990s and introduced many fans to the genre. Usagi Tsukino, whose alter ego is Sailor Moon, is the star of another popular 1990s anime, and she welcomed many women into what had previously been a predominantly male fan base.

Naruto, which ran between 1999 and 2014 and is one of the world's most popular series, is a quirky teenager determined to become his village's strongest ninja. Astro Boy, the first series in the 1960s that inspired the anime genre, is a compassionate kid robot. Luffy is the main character of "One Piece," the best-selling manga of all-time with about 490 million copies sold.

"This has been a tough year-and-a-half," Napier said. "People really want something kind of exciting and colorful and vivid. I'm betting that they've got a pent-up hunger for something like this among young people around the world. These are characters who keep going, who endure and persevere and keep fighting. I think that will be a very impressive message."

Not everyone has been pleased with the inclusion of the characters. There has been controversy in Japan, where many citizens are upset about the Olympics using beloved anime characters to advertise an Olympics that they believe will present health risks during the coronavirus pandemic.

But for many others, the games will represent a good opportunity for anime to reach new audiences - including, potentially, via exposure from athletes in Tokyo. Many anime series have become popular conversation topics in locker rooms at every level of sports, and some of the Olympics' top competitors count themselves among the fans.

U.S. sprinter Noah Lyles, who'll compete in the 200-meter dash, has pondered performing one of Goku's signature moves, the "spirit bomb," before a race in Tokyo. U.S. middle-distance runner Isaiah Jewett credited "Naruto" for helping him qualify for the Olympics. And Japanese tennis star Naomi Osaka is known to be an anime fan.

One reason for anime's growth is that popular streaming services have bought into the genre. Crunchyroll and Funimation exclusively stream anime and broadcast episodes minutes after they premiere in Japan. Netflix, HBO Max and Hulu have added a large anime selection, and Netflix has created multiple live-action adaptations of anime shows.

When Goldberg-FitzHugh opened her store in September 2016, manga regularly sat on the store's shelves for months, and many customers sold her books in bulk. Now, she often sells out of manga before they can be replaced. The 55-year-old has been stocking up on manga featuring the Olympic ambassadors and is seeking T-shirts, models and keychains displaying those characters.

"If there are adults who now have kids, when their kids see it, they may want to introduce their kids to it," Goldberg-FitzHugh said. "There's going to be a lot of nostalgia with the mascots."

U.S. stores have encountered the issue of selling out of anime and manga products. Manga publishers have not been able to keep up with the demand, making some stores wait months before obtaining new volumes. The pandemic has also played a role, limiting international sales and shortening vendor and publishing staffs worldwide.

Shawn Hour, the manager of the Sweet Kitty anime store in Kent, Wash., said she's now receiving anime merchandise from last Christmas. She worries her store could be behind when a new group of shoppers emerge.

"It's [messing] up our whole financial system and also customers' requests," Hour said.

Anime streaming services, which license anime shows and movies online, may gain the most from the Olympics. According to Joellen Ferrer, Crunchyroll's senior vice president of communications, Crunchyroll needed a decade to reach a million subscribers after launching in 2006. In five years since, Crunchryoll has added more than three million users, Ferrer said. Experts believe that number could skyrocket in a few weeks as new fans across the world become infatuated with anime.

"We aim to create experiences for anime fans to just come together and share that love for the storytelling and emotion that we know these shows can bring," Ferrer said. "If the Olympics can be a springboard, then it's truly a win for everybody."