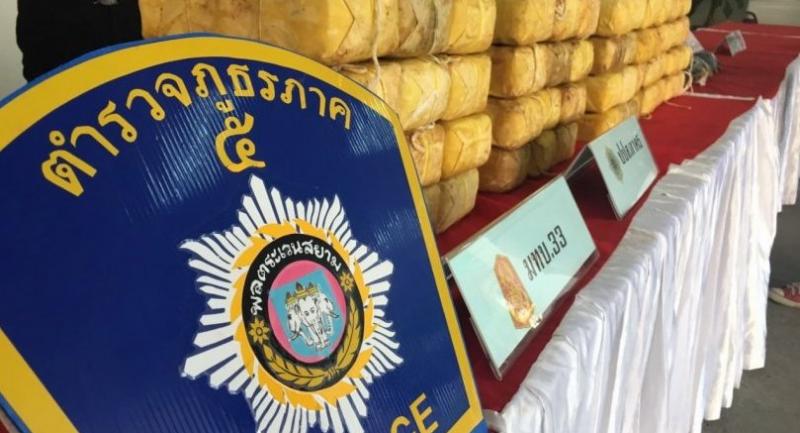 The gang reportedly tried to divert police's attention by having a gang member ride a motorcycle ahead to speed away from the checkpoint so police would give chase and ignore the gang's pickup truck that was carrying the drugs.

However, police didn't fall for the trick and intercepted the truck with its illicit load.

In the second drug bust last Wednesday, police seized 600 Yaba pills and 2.2 kg of heroin from two male suspects on a motorcycle as they tried to pass through Tambon Mae Salong in Chiang Rai's Mae Fa Luang district. However, the suspects fled.

In the third case on Thursday, officers arrested two male suspects in their 20s along with 34kg of raw opium hidden in a car in Chiang Rai's Wiang Pa Pao district as they tried to smuggle it to deliver a customer in Chiang Mai, Pulsap said.

On Saturday, police nabbed to two male suspects along with 13.7kg of raw opium at a checkpoint in Mae Hong Son's Pang Mapha district.

In the fifth case, also on Saturday, police and soldiers seized 100,000 yaba pills from five people who were crossing the Thai-Myanmar border into Tambon Wiang Pang Kham of Chaing Rai's Mae Sai district.