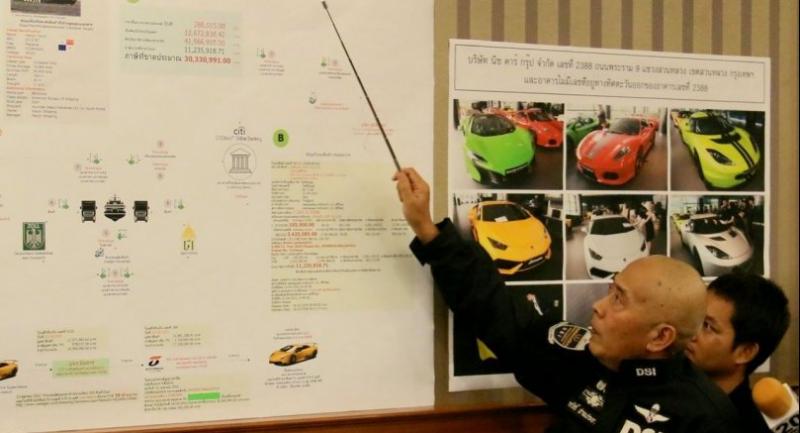 A former politician who reportedly possesses a luxury car stolen from Britain has threatened to sue investigators who refused to withdraw a confiscation order to let him keep the vehicle, a source at the Department of Special Investigation (DSI) said on Thursday.

Following the confiscation of 166 luxury cars – 13 of which were found to have been stolen from the UK –from various locations last month as part of the DSI-Customs Department investigation into alleged import tax evasion, the unnamed ex-politician this week informed DSI investigators that he had one of the stolen cars in his possession.

He insisted that since he bought the car legally, he should be regarded as a damaged person and allowed to keep it, the source said.

After being told the car must be sent back to Britain, he became furious, claimed to be a former politician of a major party and threatened to sue the whole investigation team, the source said.

DSI officers would check cars parked at warehouses in the Laem Chabang Port's duty-free zone next week, the source added.

DSI chief, Pol Colonel Paisit Wongmuang, said on Thursday several car importers had contacted the department to explain their car imports so as to retrieve the cars. The DSI promised to ensure justice to all parties according to the evidence.