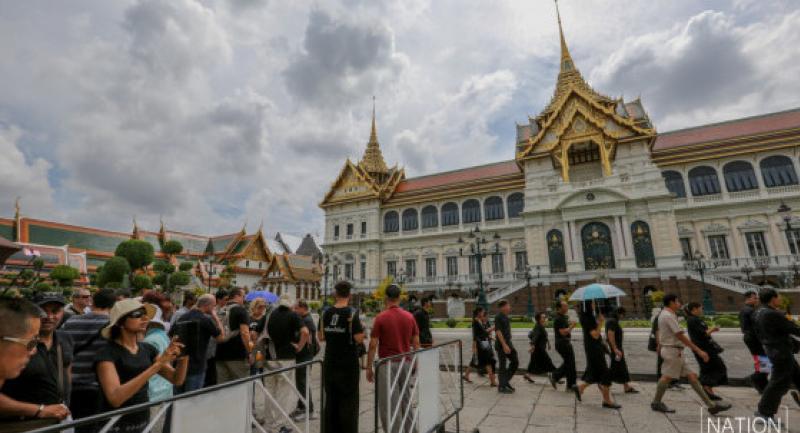 The Temple of the Emerald Buddha has reopened for tourists today after it was closed from October 14 following the demise of His Majesty King Bhumibol Adulyadej.

Foreign tourists who intend to visit the temple will be required to enter through the  Viset Chaisri Gate of the Grand Palace. Individual tourists who come by cars should be dropped off near the Chang Rongsri Bridge from where the palace is a 15-minute walk.

Tour agents who take their customers to the palace by cars or buses have been urged to drop them off in front of Royal Rattanakosin Hotel, adjacent to Sanam Luang.

Those who use waterways, should take a boat at Asiatique and they should alight at Tha Maharaj pier, from where the palace is a 10-minute walk. (For this option, an extra fee of Bt130 per person will be levied). For return journeys, boats can be arranged to pick up tourists at Tha Chang pier as well.

Thais who go to pay respects to His Majesty in the Grand Palace are required to enter through the Manee Nopparat Gate from 8am to 4pm.

From 4pm to 9pm, mourners should enter through the  Viset Chaisri Gate. Tourists have been advised to carry their passports and dress and behave properly.

The tourists will be required to pass through security checkpoints in very crowded areas as thousands of people gather around the Grand Palace to pay tributes to the late King. No sharp weapon will be allowed.