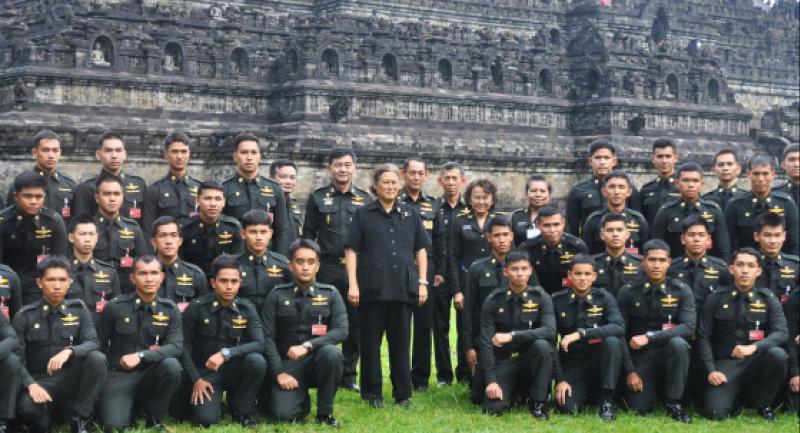 Her entourage arrived at the temple at 1:30 p.m. on Thursday, entering from the west side of the temple, the entrance reserved for state guests.

Security officers from Indonesia and Thailand guarded the princess. The media was not allowed to approach the princess for interview.

Mura Aristina, a staffer at the Borobudur Conservation Agency, said it was the princess’ third visit to Borobudur. She previously visited in 1986 and 1989, Mura said.

Mura said Princess Sirindhorn was impressed with how the public and the management of Borobudur conserved the temple. She asked why the Kunto Bimo Statue was now off limits.

“She asked and I told her the rule was established to protect the statue and visitors,” Mura said as quoted by kompas.com.

She said the princess accepted the explanation and decided to not light a candle to avoid damaging the temple.

The princess spent about two hours at the temple, reading the biography of Buddha on the reliefs. “She took pictures and made notes,” Mura said.

The princess will return to Borobudur in January 2017, Mura said, to pray for her late father, King Bhumibol Adulyadej. She is expected to visit with Thai religious figures.