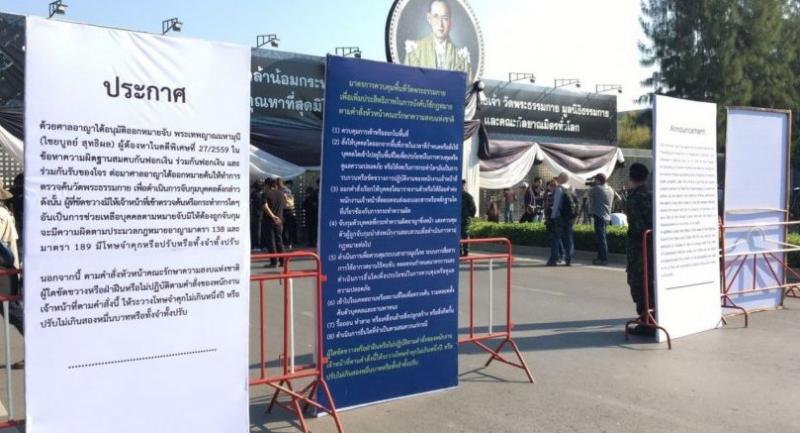 By 6:30 am Thursday, troops and police sealed all gates of the Dhammakaya Temple, preventing monks from leaving to collect alms and preventing followers from entering inside.

Some followers tried to lead the monks through Gate 5 of the temple to collect alms but they were told to go back inside, leading to some verbal disputes.