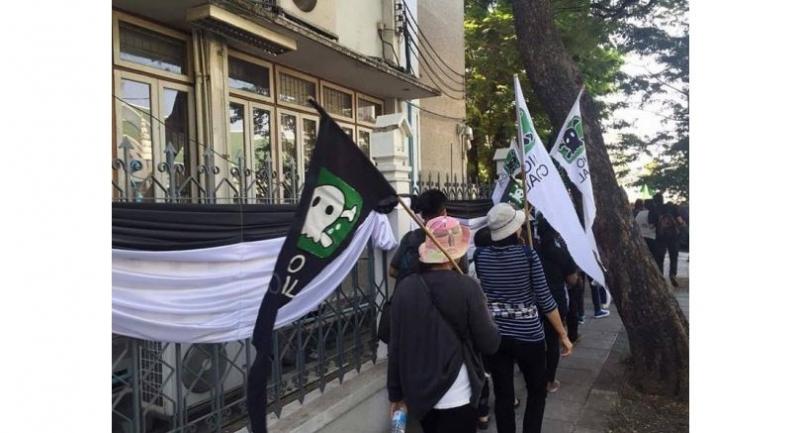 Large crowd of protesters went to the Government House Friday morning to protest Krabi coal-fired power plant project when the government is scheduled to make a final decision on it.

Akkaradej Chakjinda, one of the leaders of the protest from the environmentalist group Saving Andaman from Coal, said the protesters came to peacefully protest the coal-fired power plant and to ask the government to scrap the project.

The protesters were closely monitored by many police officers. So far, the situation remained calm.