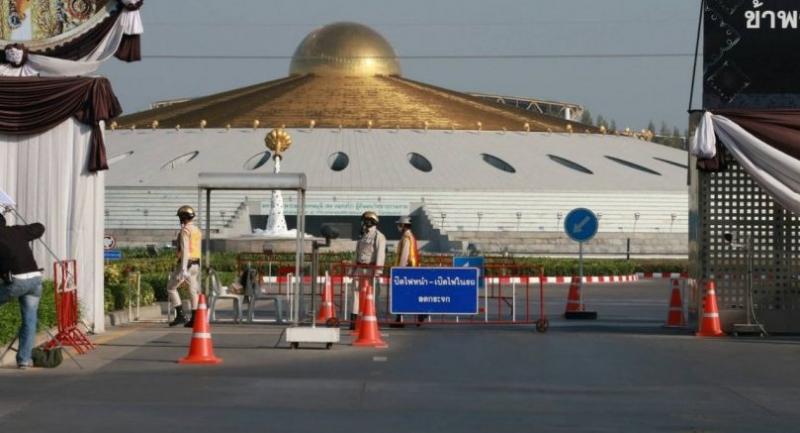 Dhammakaya Temple spokesman Phra Sanitwong Wutthiwangso Sunday called on the junta to abolish an order that seals off the temple.

The order issued by Prime Minister Gen Prayut Chan-o-cha in his capacity as the chief of the National Council for Peace and Order effectively prohibited lay followers from entering the compound of the temple in Pathum Thani.

The monk said lay followers who have sent their children to enter monkhood at the temple also want to visit their children but they were prohibited form doing so because of the order.

He said monks, novices and lay followers in the temple are now in hardship so the temple would like to call on the NCPO chief to rescind the order to allow them to enter and leave the compound freely.