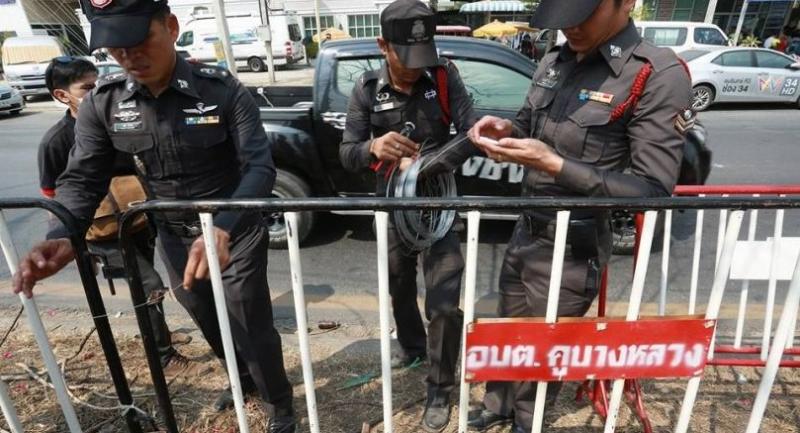 Police block an entrance of Dhammakaya Temple Tuesday to prevent more followers from joining those inside the temple.

The operation to search Wat Dhammakaya faced resistance for second day as temple’s monks and layman followers obstructed authorities from entering the temple.

As of 2pm Tuesday,  National police chief Pol General Chakthip Chaijinda  said  authorities still waited for approval from the temple to search A and B zones of the temple.

There was scuffle in front of a gate at the temple between authorities and monks on Monday that led to injuries of a woman and three officers.

However, Chakthip insisted the authorities, including police and Department of Special Investigation (DSI) officers, would try to enforce the laws and continue to search the temple following the search warrant issued by the court.

DSI and police began its search operation for fugitive ex-abbot of the temple Phra Dhammachayo since Thursday. Chief junta Prayut Chan-o-cha issued an order to designate the temple and surroundings as a controlled area to pave the way for authorities to raid into the temple.