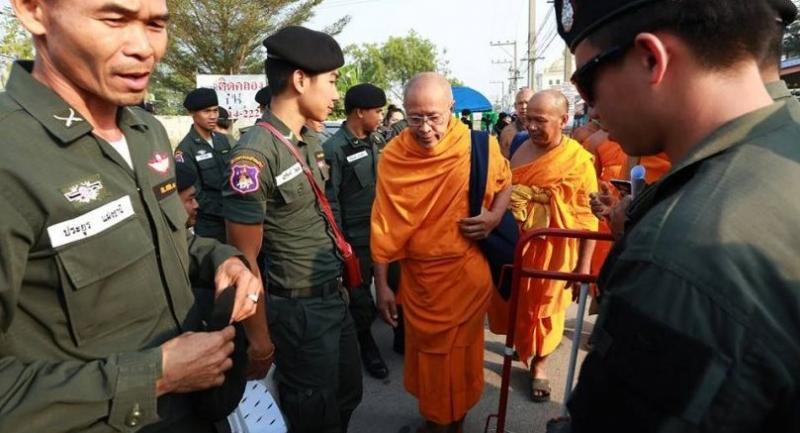 Prayut said he would not revoke his order under the interim charter's all-powerful Article 44 to declare Dhammakaya Temple as an area under control until the controversial former abbot surrender.

"I confirm that I won't cancel the order because this case is not yet end and the alleged wrongdoer has yet been brought to face prosecution," he said.

"Don't say I would seize gold statues, because we don't know where things are and whether there were gold statues as claimed... How possible to make real gold statues when the Klongchan Credit Union Co-operative (KCUC) was even broke?" he added.

The monk was wanted for money-laundering and ill-gotten gain charges linked to the KCUC embezzlement case as well as three separate forest encroachment cases.