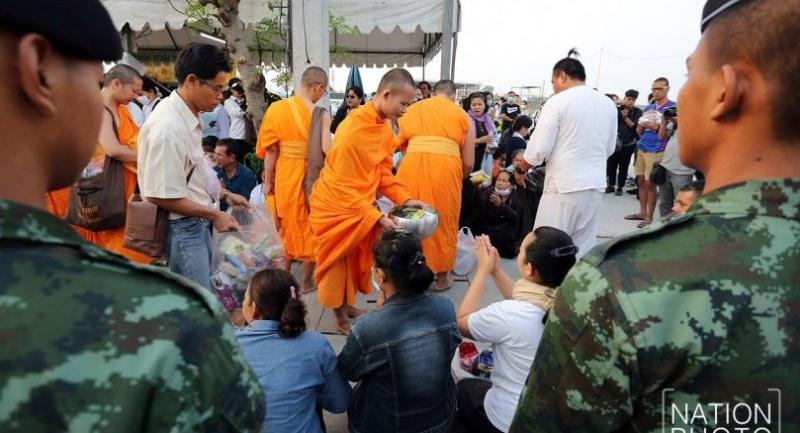 The Pathum Thani monastic chief will hold a meeting with leading monks of Dhammakaya Temple at 9 am Wednesday to determine whether to allow the search operation for former abbot Phra Dhammachayo to resume, a deputy spokesman of the Department of Special Investigation said.

DSI deputy spokesman Pol Maj Woranan Srilam said the meeting of the monks would consider the request of the DSI to search Zone A and Zone B of the temple.

In the meantime, the DSI would hold a meeting with the Border Patrol Police Region 1.

The results of the two meetings would be used to evaluate the situation and to plan the next step of the search operation, Woranan said.

He said the DSI’ only goal of the search is to locate Dhammachayo.

At 10 am, the DSI would step up its law enforcement and would increase the number of officials from 4,200 to 4,600 for the besieging of the temple.