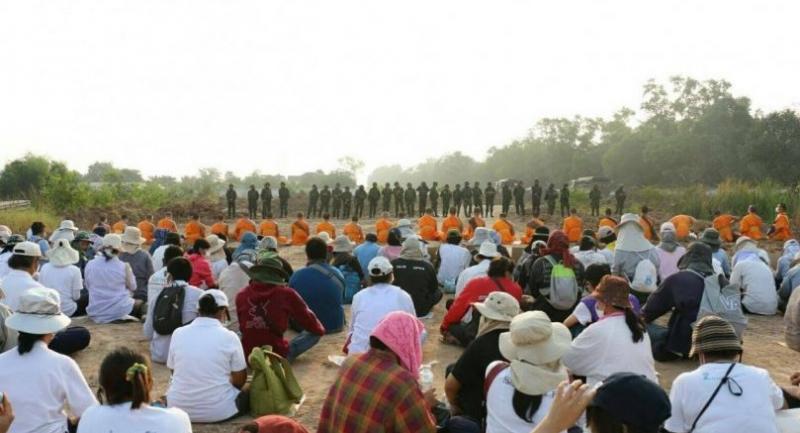 Some 50 troops were blocked by monks from entering the compound of the Dhammakaya Temple Thursday morning in their failed efforts to enter a building they believe former abbot Phra Dhamma Chayo is hiding.

The efforts early Thursday resulted in a confrontation and tussle with between the troops and monks.

Phra Sanitwong Chareonrattawong, the communication chief of the temple, said the troops demolished the barrier set by the temple to block the gate near the Boon Raksa building and tried to enter the compound at 6:45 am. A tussle ensured during the operation.

The Department of Special Investigation suspects that former Dhammakaya abbot Phra Dhammachayo is hiding in the Boon Raksa building, which is used to treat monks with illness.

At 8:30 am, monks and laymen followers of Phra Dhammachayo gathered around the troops and their representatives were holding a negotiation with the troops, trying to ask them to retreat from the spot. So far, the two sides were confronting each other.

At one point, the monks chanted a  prayer to “bless” the troops who raised their hands like praying.