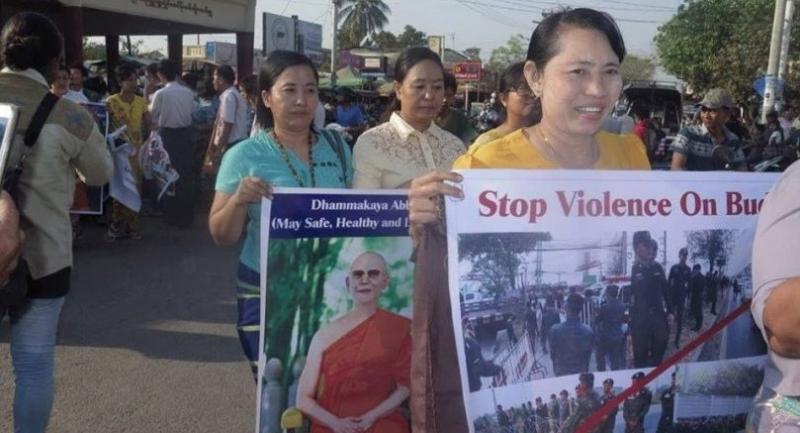 Myanmar’s extremist Buddhist monk Wirathu led a rally in Mandalay on Thursday to support Dhammakaya, which is in the loggerhead with Thai authorities over the hunt of former Abbot Dhammajayo.

Wirathu posted a series of picture on this demonstration to show a number of Buddhist monk there with posters saying “pray for Buddhist in Thailand and Dhammakaya Abbot May Safe, Healthy and Long Live.”

The extremist Buddhists in Myanmar played a crucial role in anti-Muslim movement in the country over the past years.

Wirathu has showed his strong relation with Dhammakaya since last year when joined activities during Magha Buja Day at the Thai temple in February last year.