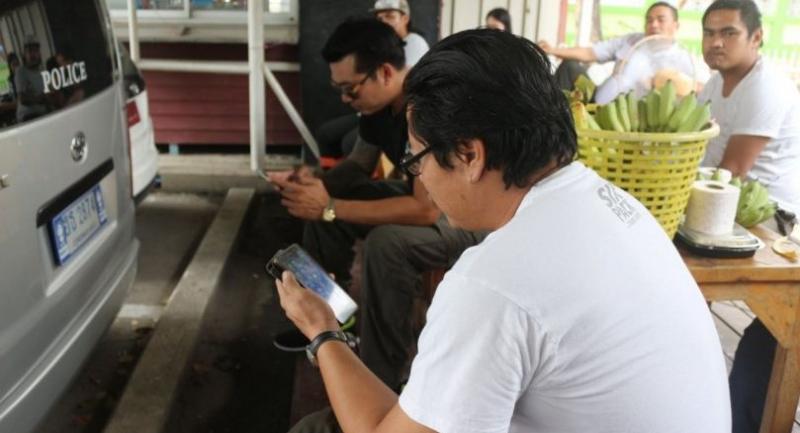 Wireless data connection at Dhammakaya Temple has been blacked out at the order of the DSI.

The Department of Special Investigation (DSI) has contacted the National Broadcasting and Telecommunications Commission (NBTC) to have all phone signal operators blocked the Internet signal in and around the controversial Dhammakaya Temple in Pathum Thani in a bid to control the temple's information dissemination, said DSI chief Pol Colonel Paisit Wongmuang on Friday afternoon.

The wireless data blackout was backed by the junta's order, issued under the  interim charter's all-powerful Article 44, which has already declared the temple ground as a controlled zone to make way for the authority's search for fugitive former abbot Phra Dharmmachayo.

Prior to the Internet signal disruption, Phra Sanitwong Chareonrattawong, the communication chief of the temple, had posed on his Facebook and Twitter accounts at 11.30am saying, "although the Internet signal might be gone, the goodness is still full in [our] hearts." Reporters at the temple area also confirmed that their smart phones didn't have the 3G and 4G data connection although they could still make or take calls.

Paisit also presided over the Friday morning meeting with related agencies at the Region 1 Border Patrol Police Bureau in Pathum Thani's Khlong Luang district to re-assess and adjust the search operation, following the Thursday tussle between the 50 troops and 500 disciples and monks at the Gate 1 near the Boon Raksa building and a protest by temple supporters at the Klong Luang Central Market.