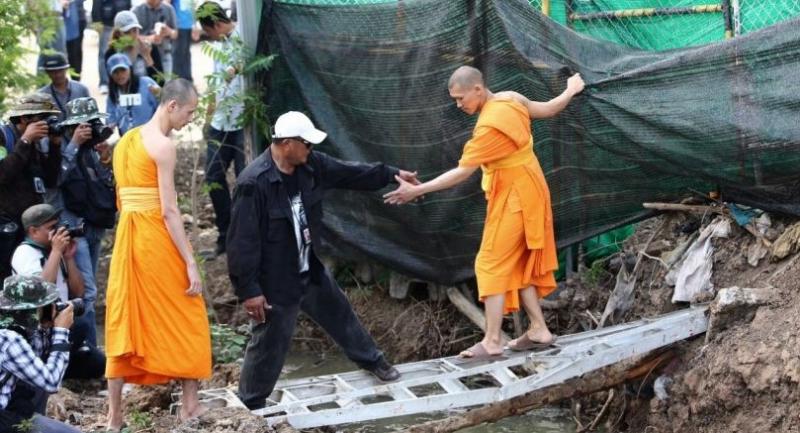 More than 10 figures associated with the Dhammakaya Temple reported to the Department of Special Investigation (DSI) on Tuesday in response to a summons.

One of them, Wuttisarn Panaree, denied claims that he had mobilised people into obstructing DSI operations at the temple. “I am just a coordinator,” he said.

According to Wuttisarn, DSI officials have now barred him from entering the temple’s compound and from giving any interview that might spur temple followers into any form of resistance.

The DSI has now summoned 164 people related to the Dhammakaya Temple, which has been a special controlled area in recent weeks amid authorities’ intensifying efforts to capture fugitive former abbot Phra Dhammchayo.

The controversial monk is wanted on charges of money laundering. He has already been stripped of his high monastic rank but not yet defrocked.