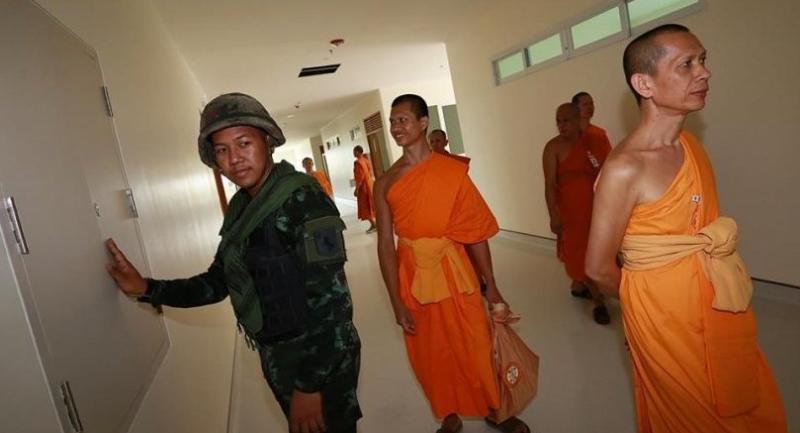 Authorities have ended the operation to search the sprawling Dhammakaya Temple complex in Pathum Thani for its former abbot Phra Dhammachayo.

Following a 23-day stand-off, the Department of Special Investigation (DSI) is going to seek the lifting of an announcement designating the fugitive monk’s Dhammakaya Temple as a controlled area after searches of its compound did not find him, DSI director general Paisit Wongmuang said on Friday.

Paisit, the DSI chief, said the temple had cooperated with authorities over the past 23 days. When things return to normal, the DSI will request that the justice minister lift the announcement of the temple being a controlled area, he said.

However, he added that the junta order issued under Article 44 of the interim charter would remain intact.

“We did not see Dhammachayo in the temple [Friday] so we consider him a fugitive. The relevant authorities will attempt to arrest him later,” Paisit said, adding that officials will still be stationed near the temple.

He noted that the warrants for Dhammachayo’s arrest expired in 15 years.