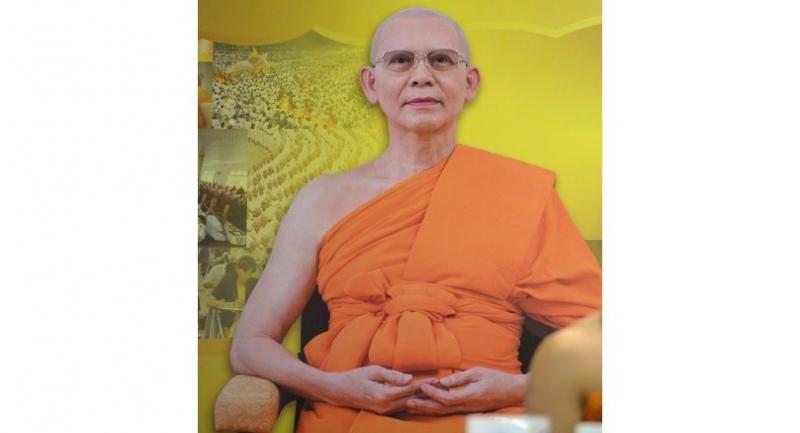 By By Agence France-Presse

An elderly monk wanted for massive fraud may have escaped a three-week siege of his temple, Thai cops admitted Saturday, thwarting a much-trumpted dragnet ordered by the kingdom's junta.

On February 16 the Thai junta invoked special powers to seal off the the 1,000-acre grounds of the Wat Dhammakaya temple on the outskirts of Bangkok.

Since then thousands of police officers have laid siege to the temple in a bid to arrest 72-year-old monk Phra Dhammachayo, who was believed to be holed-up inside.

The former abbot, who founded the breakaway Buddhist order in 1970 and steered its rise to riches, is accused of money laundering and accepting embezzled funds worth $33 million from the jailed boss of a cooperative bank.

The monk's followers say he is innocent and deny any knowledge of his whereabouts, instead accusing the junta of a witchhunt against a popular and legitimate Buddhist institution.

The monk's disappearing act has transfixed the Thai public, spinning out questions of religion and politics and leaving Thailand's military rulers struggling to explain away the challenge to their authority.

On Saturday cops said Phra Dhammachayo may have left the temple in the early days of the weeks-long siege.

"I believe that he escaped between February 16-18," Paisit Wongmuang, director-general of the Department of Special Investigation -- Thailand's FBI-equivalent -- told reporters.

"We found the temple wall had been destroyed... it was possible someone helped him escape," he said.

Police ended their siege late Friday but they will maintain a presence in the area which remains under special powers.

Their three week operation lurched into farce as defiant monks led them around secret tunnels, empty rooms and even to the fugitive abbot's quarters -- where cops found a bed with pillows arranged under a sheet in a poor imitation of a sleeping person.

Critics accuse the Dhammakaya sect of promoting a pay-your-way to nirvana philosophy, burnished with "cultish" mass shows of devotion and a sophisticated PR machine.

The temple is also mired in Thailand's messy politics, with alleged links to ex-premier Thaksin Shinawatra.

Thaksin was ousted in a 2006 coup and still hated by the Bangkok elite and their military allies who have spent years trying to expunge the influence of his super-rich clan on Thai politics.