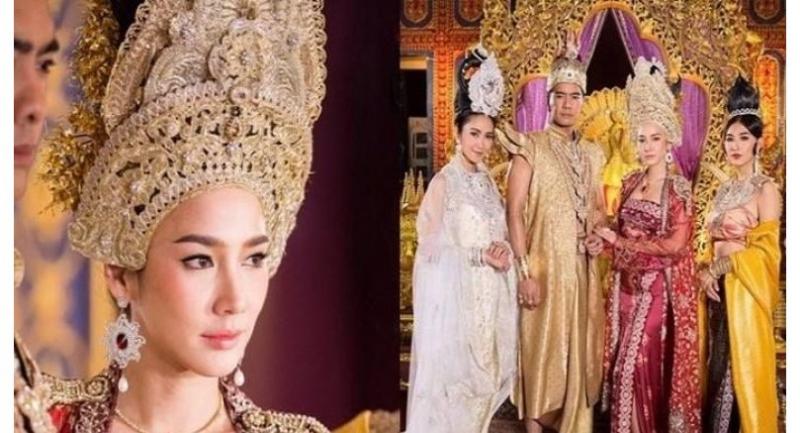 The family of Myanmar's last king hit out on Sunday at a Thai soap opera inspired by the palace intrigue of their ancestors, accusing Thailand of double standards in how it treats another country's royals.

The show is set in a fictional kingdom but almost entirely mimics the final years of the Konbaung dynasty in the 19th century in the country formerly known as Burma.

It portrays the scheming among a key queen and princesses who orchestrated the massacre of nearly a hundred people to ensure Thibaw had no rivals to the throne following his father's death in 1878.

While the massacre is historical fact, Thibaw's scions are upset with their family's portrayal by a country that shields its own monarchy from any criticism

"We have asked Thais this, would they accept it if one of our companies here did the same thing about their country," Soe Win told AFP.

"If no action is taken, we will ask for help from their (Thailand's) royalty," he added.

Neighbours Thailand and Myanmar were bitter rivals for centuries and fought a number of bloody wars.

One of the most momentous battles saw Myanmar forces attack the city of Ayutthaya, second capital of the Siamese kingdom, and raze it to the ground in 1767, forcing the inhabitants to abandon the city.

In Thai historical soaps and dramas the Burmese are often portrayed as having villainous or treacherous tendencies, something that has previously caused anger in Thailand's western neighbour.

Soe Win said he was particularly incensed by scenes in "A Lady's Flame" in which royal family members slapped each other.

"It's quite insulting, as if we are wild," he said.

For many Burmese the fall of its monarchy at the hands of the British just a few years after Thibaw took the throne was a deep psychological scar.

He died in exile in India though there are plans to return his remains to his homeland.

His family are playing a much more visible role now that the military who suppressed them have given way to a civilian-led government.