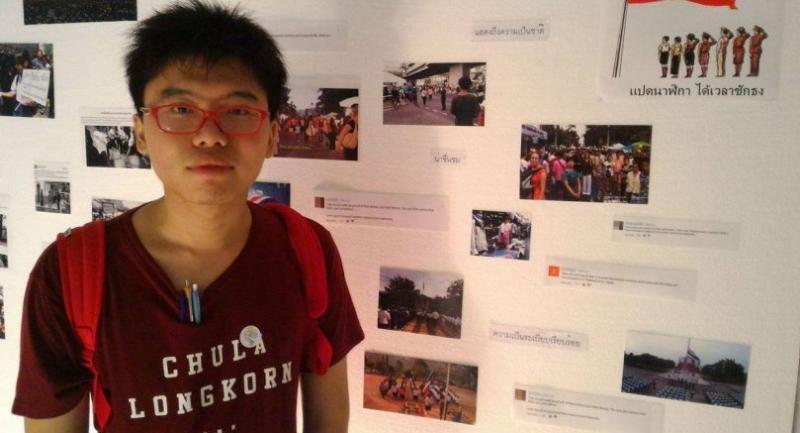 Anti-junta activists Netiwit Chotipatpaisal and Siriwith Serithiwat, who have been called up to serve in the Army this year, are both seeking to be excluded from military training.

In the list of celebrity registrants, Netiwit, a first-year political science student at Chulalongkorn University, was described in the accompanying remarks as “a leader in the movement that called for the abolition of military conscription”.

Siriwith, aka ‘Ja New’, was described as “a leader of student political activists”.

Netiwit said on Tuesday that he had submitted documents to delay his registration and had been told by the university that he was already on the list of those being granted permission to be excluded from military training this year.

On April 4, he said he would submit the documents to the military to complete the process.

Netiwit also said that if he were to be conscripted, he was certain he would be discriminated against and assaulted.

The young activist added that he would also seek to postpone his conscription next year.

Siriwith, meanwhile, posted on Facebook that he would follow the process of postponing his military service, but expressed concern that the military might not treat him fairly.

He threatened to rebuke all those concerned if he were to be mistreated during the crucial stage of the process, set to take place early April.