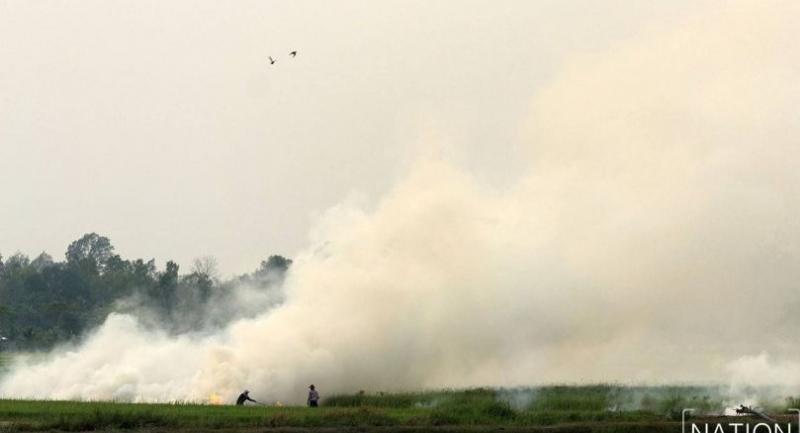 THE UPPER North continues to suffer from haze, although it stemmed mainly from many fires in a neighbouring country, a senior official said on Saturday.

Raphisak Malairungsakul, director of Regional Environment Office 1, which covers Chiang Rai, Mae Hong Son, Chiang Mai and Lamphun provinces, said many northern provinces had small particulate matter up to 10 microns in diameter (PM10) over safe levels due to many factors.

They included unauthorised outdoor burning in the region, wind direction, and the pan-shaped geological characteristics. The key factor during this period, he said, was smoke from Myanmar, which had many more hotspots than Thailand.

Pollution Control Department chief Jatuporn Burutpat had already sent a letter to authorities in Myanmar, he said, to help control and reduce their hotspots as per the Mekong sub-region environment ministers’ agreement signed on February 24 in Chiang Rai. So, he expected the haze would linger for two to three days and, if there was rain, the situation would improve.

A Pollution Control Department report issued on 9am on Saturday said Mae Sai district in Chiang Rai had the highest PM10 level at 168 micrograms per cubic metre. It was followed by Mae Hong Son at 143 micrograms, while Lampang also reported high PM10 levels at 141 micrograms in Mae Mo district and 128 micrograms in Muang district.

The safe level for PM10 particles is under 120 micrograms. But, if a reading exceeds this, the smog can pose health risks.