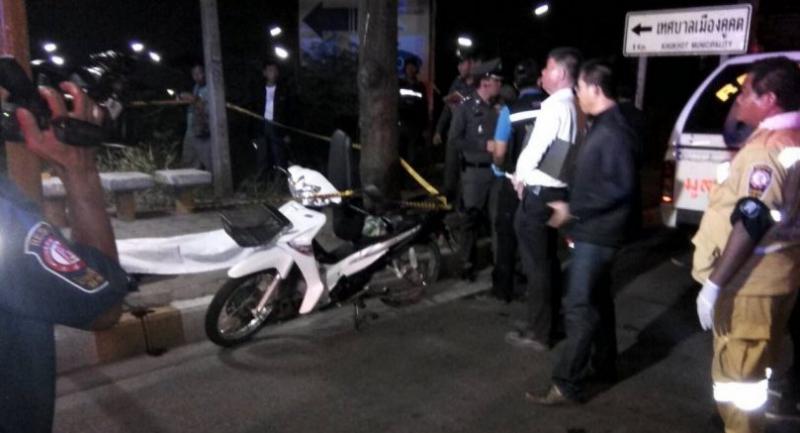 A 21-year-old man was found dead with a bullet wound to the chest at a bus stop in Pathum Thani’s Lam Lukka district early Monday.

The man was identified as Thanapol Thanakornpinthong, a resident of the district.

He was an employee of a post office and a first-year student doing evening classes at Rajabhat Phra Nakhon University.

The body was spotted by Purim Hocharoen and his friend at about 2.30am.

Purim told police that he and friends were riding motorcycles from a birthday party past the bus stop and saw a motorcycle and a person lying on the ground.

They stopped to offer help but found that Thanapol had died so they alerted police.

His body was sent to Bhumibol Hospital for an autopsy.