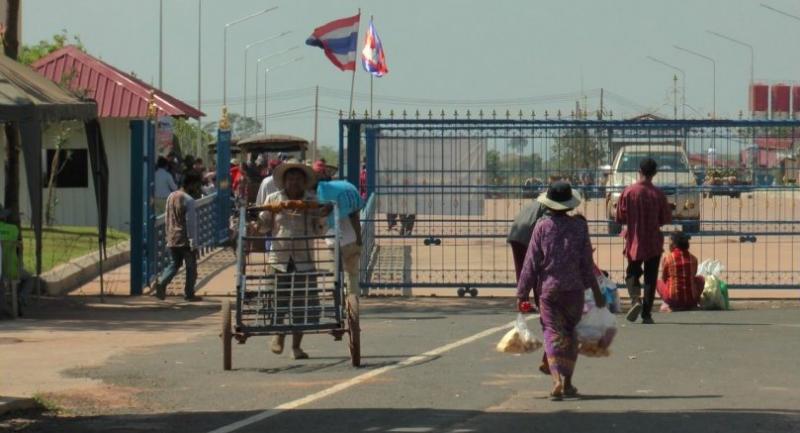 Cambodian traders have begun crossing the border to buy goods in Thailand after a dispute at the Chong Sai Takoo checkpoint in Buriram province over a controversial new casino.

They stopped trading at the border for a week to protest after Thai security staff banned Thai residents living outside the province from visiting the casino.

The casino made headlines after anti-corruption activist Veera Somkwamkid claimed it sat on the overlapping territory between Thailand and Cambodia and he questioned why the military allowed this to happen.

At the opening of the casino on April 7, Thai residents living outside the province and those having no invitation were not allowed to cross the border without official passports.

They demanded that regulations should be loosened to allow people from the Thai side to visit the casino and buy their goods.