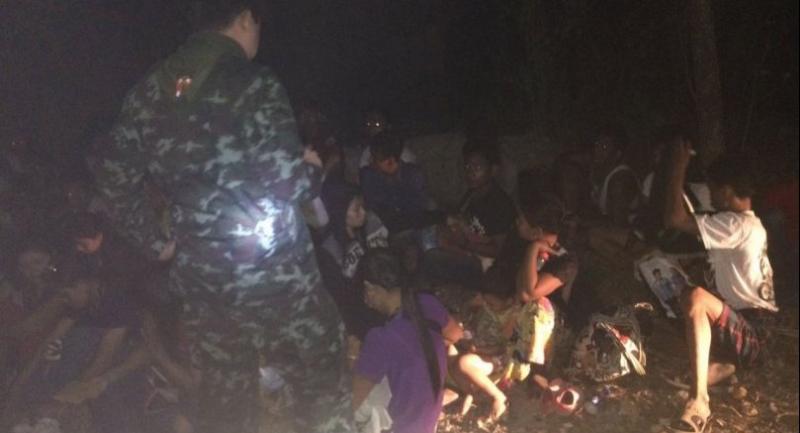 Forty 40 Myanmar nationals were arrested early Tuesday morning after they illegally crossed the border into Thailand.

A patrol consisting of troops, rangers and police spotted the group in Ban Phu Namron in tambon Ban Kao in Kanchanaburi’s Muang district at about 1am.

Authorities waited until the group crossed the border before arresting them.

The 21 men, 16 women and three boys were taken to Ranger 1403 Company for questioning before being handed over to the Kanchanburi Immigration Office for deportation.