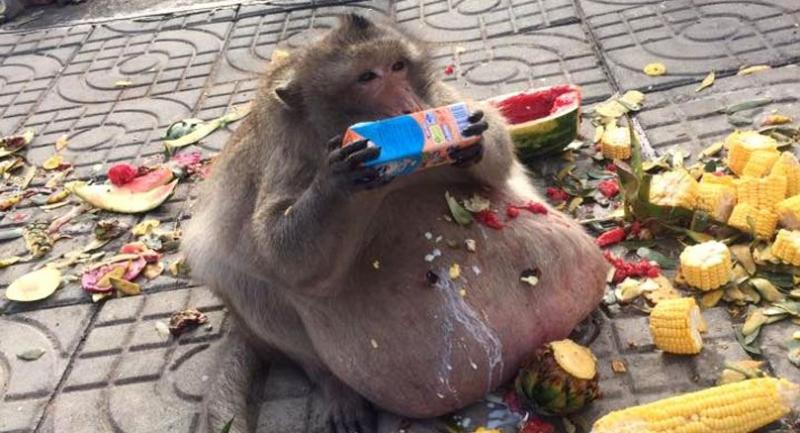 A long-tailed macaque has caught the attention of officials for “being fat”.

“Our team headed out to check on it because we received reports about a fat macaque in Bangkok’s Bang Khun Thien area,” Kanjana Nittaya, a senior official at the Department of National Parks, Wildlife and Plant Conservation, said on Thursday.

The team spotted the monkey near a floating market and found it to be really fat.

The macaque was given a sedative shot and brought to a wildlife rescue centre in Nakhon Nayok province, where it would undergo a comprehensive health check.

The macaque weighs 15 kilos, much higher than the average of between 8-10 kilos.

“We believe it is suffering from obesity because a great number of people come there and feed it. It is probably just sitting there and overeating,” Kanjana said.