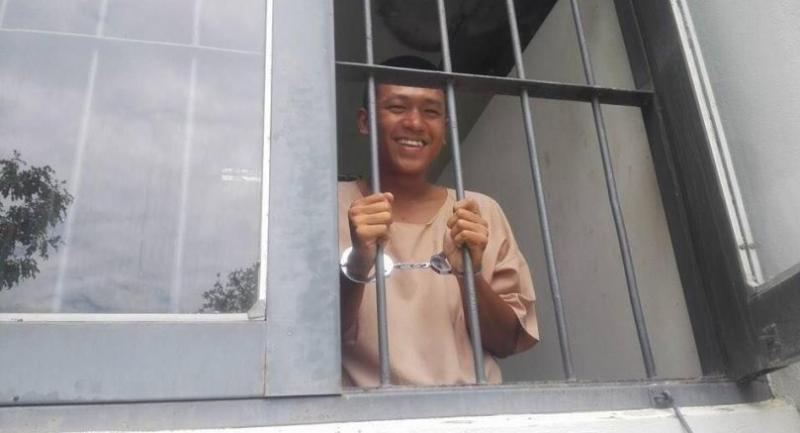 Activist Jatupat Boonpattararaksa, better known as Pai Dao Din, had yet another bail request turned down by Kohn Kaen Court on Monday as he awaits trial on a charge of lese majeste.

Jatupat was charged and detained in December last year after sharing a BBC article that allegedly infringed Article 112 of the Criminal Code.

His family and legal team have submitted several bail requests to both Kohn Kaen Court and the Region IV Court without success. Those opposing bail argued that Jatupat had been accused of being disrespectful to state authorities and could manipulate the evidence if released.

Having been awarded the 2017 Gwangju Prize for Human Rights from the South Korea-based May 18 Memorial Foundation, Jatupat had hoped to attend the ceremony in South Korea on Thursday next week.

His father Viboon Boonpattararaksa said Jatupat’s mother might represent him if he was not granted bail.