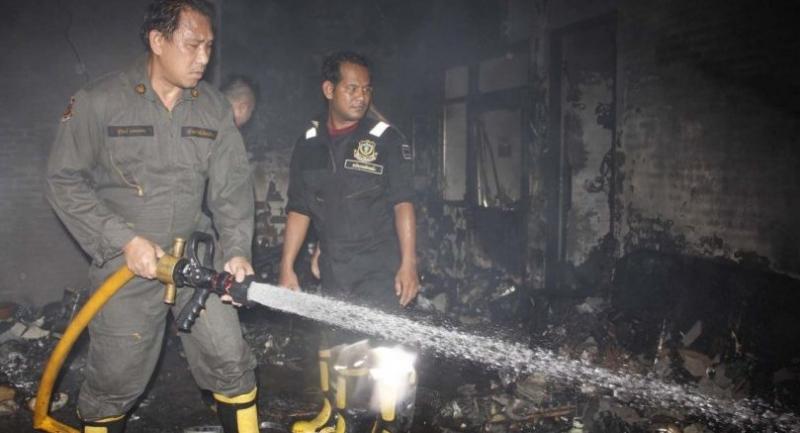 A 72-year-old woman died in a fire at her townhouse in Samut Prakan’s Mueang district early Thursday.

Police were called at 5.30am about the fire on Soi Boon Siri in Tambon Bang Mueang.

Three fire engines were dispatched. It took about half an hour to extinguish the blaze. The body of Aruay Maneechote was found inside.

Her neighbour, Erb Joymeephol, 75, said Aruay lived alone and was in the habit of leaving lit joss sticks in a pot in front of the house.

Police speculated that wind may have blown an ember from the joss sticks into the house, sparking the fire.